by Idara Umoren
in Cryptocurrency, Fintech/Finance
0 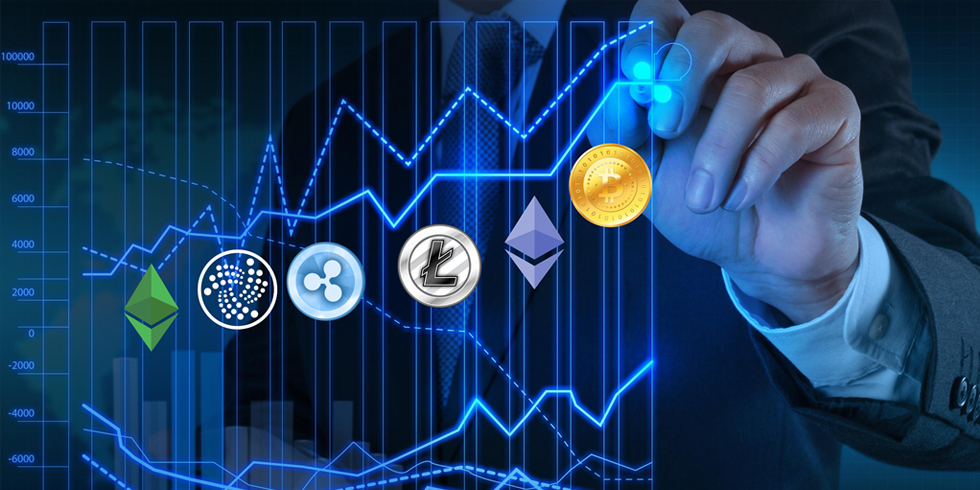 Blockchain technology has made possible, the existence of Cryptocurrency. It can be referred to as a decentralized ledger for all transactions across a peer-to-peer network. Although blockchain technology is used for a couple of things other than just Crypto; when specifically applied to Crypto, this technology allows participants of a transaction to fully carry out the transaction without having to seek approval from an authority.

Cryptocurrency on its own is defined as a type of digital currency that could be used to pay for goods and services. It uses cryptography (provided by blockchain) to secure online transactions. For the most part of it, Crypto is traded for profit, reason most prices of the currencies shoot skyward.

Today, many youngsters revel the idea of “buying and holding coins” (which is not in itself, an abominable idea, considering that people invest in Crypto) and see Cryptocurrency as an easy way to rake in cash, and get wealthy by the standards promoted by the secular world. With a thorough examination of this article, one would be moved to see clearly, how Crypto works and why it is not to be seen as a get-rich-quick scheme. Some myths about Crypto currency will also be negated.

The Process of Cryptocurrency

Cryptocurrency as earlier defined, are digital tokens or coins. There are a gazillion of them. In fact, daily, over 10,000 of them are traded in the public market. Bitcoin is only one of the most popular Cryptocurrencies, as there is also Ethereum, XRP, Doge coin and others mostly known as altecoins; since they are alternatives to Bitcoin.

The process can be compared to a market where individuals go to exchange currency for value purchased. As market exchange heightens, the values of the currency go skyward, so market value of each coin is outrightly dependent on supply and demand forces.

It is like using a credit card, only that the credit card is unseen. Exchange of digital assets is done using a Cryptocurrency wallet. To complete a transaction, a password (called a private key) is entered, and one person can own many private keys, as well as the funds that accrue to each of the private key.

With the exception of exchange or trading Cryptocurrency, an individual may decide to invest in it; purchase when the values are low, and when value or market capital increases, sells it off. Something to be particular about, is the fact that this market is volatile, and as possible with other forms of investments, one can lose. For example in April, the total value of all Cryptocurrencies was staked at $2.2 Trillion. As at July 23, 2021, it dropped to about $1.3 Trillion. That is how unstable the values are.

Addressing The Idea of Fast Money

The advice to “buy and hold Crypto” among African Youths, has never been more popular. It is not an unwelcome idea though, as Cryptocurrency can be a form of investment.

However, caution is to be exercised as one can empty themselves to invest, only to lose all. It is right to view some Crypto investments with some dose of scepticism, so as not to be building castles in the air.

The process of investing in Crypto is almost same as any other investment – capital grows over time due to interactions by the forces of demand and supply. One should not see Crypto investment as a means to get the kind of wealth they have only always dreamed of. It grows with time.

Take the recent crash and eventual rise of bitcoin for example, from a high of about $55,000 earlier this year, it fell to as low as $29,000 last week and has come back to about $39,000. The volatility is synonymous to what’s obtainable in the stock market where stock prices are affected not only by demand but economic situations among other factors.

Increase in valuations in past week:

Earlier in this year, our sister site TechBooky Business did a review of cryptocurrencies that turned $10,000 to $1,000,000 and while that sounds like a get rich quick scheme, the flip side is that when they crashed, $10,000 investments in them also quickly turned to $1,000 for those who didn’t liquidate the digital currencies. It was said that anyone who invested $10,000 in Zoom stock in 2019 was now worth a million dollars seeing as the stock skyrocketed due to massive increase in use during the 2020 pandemic lockdown. That’s just how these things work, most of the time it’s just luck. One investment rule is never invest what you can’t ordinarily part with and while this may be true, there are those who have been able to master investment acts like the Warren Buffets and have seen a massive returns over the decades.