CitiMonitor: All You Need To Know About The New Lagos State Environmental Monitoring App 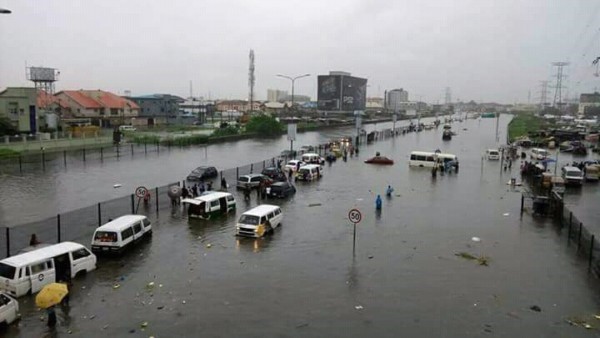 It is no more news that the Lagos State government introduced an app that would allow its populace report and monitor environmental problems like blocked drainages, together with illegal waste disposal that have come to be known as the major cause of heavy floods in Africa’s commercial city.

The app, called ‘CitiMonitor’, was unveiled on Sunday by the Lagos State Commissioner for the Environment and Water Resources, Mr Tunji Bello who affirmed that the CitiMonitor Application and Enterprise Environmental Monitoring Infrastructure Information System will track and report environmental infractions/issues/complaint in the state.

According to the Lagos government, the new app will allow the government cover more grounds in issues of environmental monitoring, giving residents of each area the opportunity to serve as agents and in the process give real-time conditions of environments across the country.

“This app will maximise the reach of the government using the large population of Lagos; it will help us to better report the state of the environment from blockage of our canals to indiscriminate waste dumping and every other infraction.”

Bello while encouraging residents to own their environment by downloading the app and becoming reporters added:

“I want to encourage residents to avail themselves of the opportunity of downloading the application as it will help them to take ownership of the environment of the state as the citizens are the primary custodians,”

With all the razzmatazz about the app, what are the real functions of CitiMonitor?

What you need to know about the app CitiMonitor

The application can be easily downloaded on Play Store for Android users and App Store for iOS users. It is so light on android as it is just 10Mb on Google Play store and 3oMb on Apple Store. The app developed by Solab, a tech company allows you to sign up with and email or a Google account but requests access to notification and location to help accurately track environmental updates.

In the event of you wanting to make a complaint, you can click on the plus icon, where you have the opportunity of adding a picture or video as seen in the picture below:

Environmental problems that can be reported have several categories and this helps in easy understanding of the exact issue. The categories range from social disturbance and construction left over to waste dump and natural disasters.

While making your complaint, you can add your location, the local government you are in, together with other data you want to add, then you select “Next’ to send the complaint.

You can make complaints anonymously

One of the features of the app is that users who want their identity information to remain private can do so as complaints can be made without the name of the complainant. This seems to be a good move, especially as some users are weary of releasing their personal to the public.

The application has very catchy look and navigation, save from few incidents of location glitches.

According to the software developer of CitiMonitor, Ayodeji Faniran, the app was configured to capture real-time images within the Lagos metropolis only.

“You cannot upload pictures from your gallery, you cannot submit pictures from other parts of the country or the world, only pictures from Lagos state can be submitted, and once you click the picture anywhere in Lagos state, it’s going to have the time stamp and the location.”

Once you have made an infraction complaint, a representative from the Lagos State Government, Ministry of Environment and Water Resources will be on ground to address the infraction, with progress and updates on the infraction being able to be tracked on the app.

Will this be a workable solution to Lagos Environmental problems?

With the advancement of technology in all human facets, digitalization of reportage of environmental issues is a great leap forward as it removes the monotonous process of manual feedback, in the process making it easier for the government to find solutions to problems as soon as possible.

It is believed that the introduction of the new app will assuage the flooding issues that have come to be associated with the Centre of Excellence, with residents having the capacity to connect directly with the Lagos State government to state their environmental concerns.

CitiMonitor currently has over 100 downloads but with over 24 million potential users, the app has the leverage to tap into a larger market in a bid to make its solution a success.