...that this Nigerian Startup "house" may stand and not fall in our time 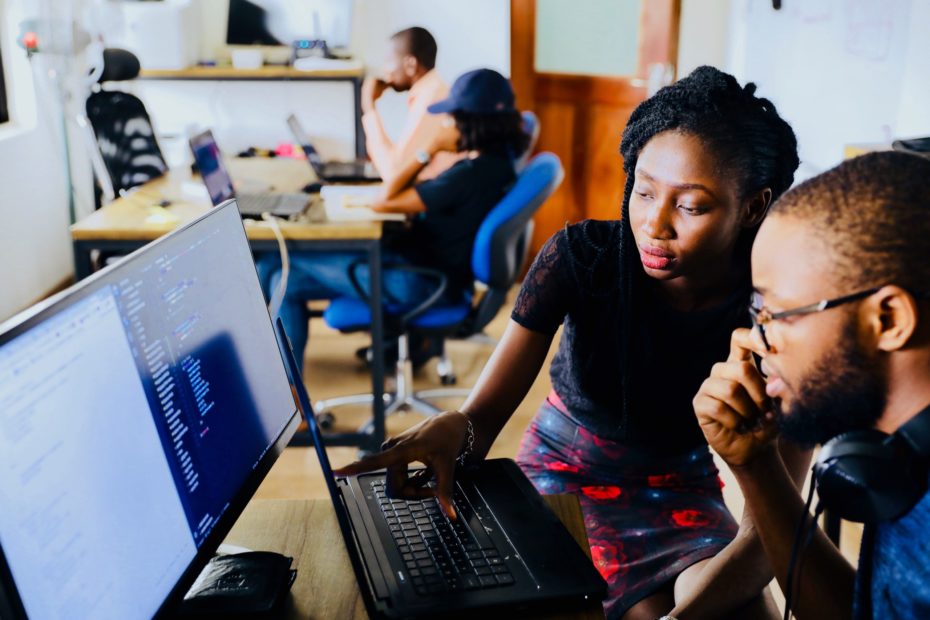 The news that the Nigerian government through The Nigerian Information and Technology Development Agency (NITDA) is going to place a levy on the earnings of all tech companies, startups included. The other news is that the Central Bank of Nigeria (CBN) has started freezing the accounts of some fintech startups like Chaka, Risevest and Bamboo among others over forex trading violations. You will recall that the Nigerian government through the CBN has placed a ban on Bureau de Change operations in Nigeria accusing them of short-changing the government in its fight to defend the Naira, which has experienced a free fall since 2016.

Just to put all of these in perspective, I was having a chat some weeks ago with a colleague over the rise of startups in Nigeria especially in the fintech area and he predicted that a time could come when the government would start clamping down on all startups with the aim of raising more money to meet up with government programmes. You see the Nigerian government is heavily indebted and national production output is not near enough to pay the bills and what you have seen as a result is a massive inflation nationally. Inflation on food, however was at a declination angle of 21.03%, compared to 21.83% that was recorded in June. Core inflation on the other hand, was up at an inclination angle of 0.63%, standing at 13.73%, compared to 13.09% recorded in June.

That said, electricity tariffs have seen a upward rise and now State Governors are calling for a complete removal of petrol subsidy and if this is done, it means the average pump price could jump to as high as N380/litre. In 2020 when the COVID pandemic was ravaging nations, millions of Nigerians were left without any form of palliative and because many lost their means of livelihood, many turned to loan companies who have continuously hounded them when they are not able to meet up with repayment obligations. Well this is just a background to the difficulties the average Nigerian is facing on a daily basis.

But of interest is the latest move by NITDA to levy ICT companies for which violations could draw a heavy 30 million Naira fine. The Nigerian Information and Technology Development Agency (NITDA) is proposing amendments to its regulatory Act which will give the agency more control over Nigeria’s technology ecosystem. The Act lists out the functions of NITDA, a framework for the agency, as well as guidelines for the performance of the listed functions was first enacted in 2007. However, the proposed amendments seek to regulate the activities of tech companies in Nigeria, listing out provisions for registration, fees, and even sanctions.

Nigeria has arguably become one of Africa’s most attractive destinations for venture capitalists who continue to spot opportunities. It is also home to several multimillion-dollar Fintech companies that have flourished and reflected the county in a positive way, examples of these Fintech companies include Interswitch, Flutterwave, Jumia, etc. The bill which established NITDA as the agency to oversee Nigeria’s technological transformation is quite outdated and therefore reemphasizes the critical need for amendments in other to keep up with the pace of innovation. According to NITDA Director-General, Mallam Kashifu Inuwa Abdullahi, the amendments are crucial for the agency to keep up with the accelerating changes in the global IT ecosystem. The DG also affirmed that the amendments are imperative if Nigeria is to secure a place in the emerging global digital economy.

By the end of the end of the first quarter of 2021, Nigerian startups had raised a whopping $219m/100b Naira in funding and that’s not adding the $55m that Kuda bank raised in the second quarter. At the end of the first half of 2021, African startups had raised about $1.19b, that’s about half a trillion Naira and counting and well over the $1b African startups raised in 2020. Of the $1b raised across Africa in 2020, Nigeria alone accounted for about 17 percent of that funding and the story goes on. This means that Nigerian startups are well on track to raising over 200b Naira in new funding in 2021 and to be fair, what government won’t be interested in having a slice of that pie? Instead of creating an enabling environment so this can thrive over the coming years, we are trying to hamper this growth and this is unacceptable to the business community.

This all comes as the Federal Government is in talks with Twitter to get them incorporated in Nigeria because a report says that nearly 80 percent of all these startups that have received those funding are actually incorporated outside Nigeria and this is a cause for worry for the Federal government. The worry in my opinion should be why these startups founded by Nigerians are not headquartered in the country in the first place. The answer cannot be farfetched because you see investors want returns on their investment and this calls for some kind of security. The political flip-flops coming from the government has created some kind of instability in many parts of the economy and this has seen many multinationals move their operations outside Nigeria. Take the Twitter ban for example that analysts now say costs Nigeria an average of $6m per day because you see Twitter’s market cap has actually jumped since the Nigerian ban while hundreds of Nigerian startups have suffered especially those who primarily use Twitter to connect with customers. Twitter whose market value was about $45b when Nigeria initiated the ban over two months ago now has  a market value of nearly $50b while the Nigerian economy is experiencing tough economic conditions.

How can you blame conspiracy theorists some of whom have said it looks like the Nigerian government does not favour startups that challenge traditional institutions. From NITDA proposing this rule to CBN freezing the accounts of these startups, it certainly looks suspicious. You see Kuda for example is now the 7th most valuable bank in Nigeria while the likes of Chaka and Risevest are fast becoming alternatives to banking investments. Despite the CBN cryptocurrency ban, Binance still ranks Nigeria as number one in the area of Bitcoin adoption but many cryptocurrency startups are suffering with consumer confidence being uncertain.

If the government would just take the #RegulateNotBan , Nigeria could very well be Africa’s tech startup headquarters because you see Kenya, South Africa and Egypt are top startup destinations in Africa too and the interesting thing about these countries is that they are well less populated than Nigeria. A report showed that South Africa and Nigeria lead the pack of African countries with the highest startup funding in 2021, accounting for 28% and 27% of the total raised funds. Kenya, Egypt, and Ghana complete the Top5 (13%, 11% & 10% respectively) list known as the ‘Big Five’ of Africa. But if investors begin to lose confidence in the Nigerian startup market, this could very well change quickly with Nigeria lagging behind the top contenders in Africa.

Nigeria has over eight dollar billionaires and well over 1,300 Naira billionaires and we can’t point to more than 10 of these individuals supporting any startup with seed capital. Tony Elumelu of UBA Plc whose net worth Forbes puts as $700m is a notable one. Other reports say he is worth over $1.5b but in any case, he has set up an entrepreneurial  support channel that has helped over 5,000 entrepreneurs across Africa so far. For the others, its been a blind eye to the ingenuity of the Nigerian entrepreneur.

In 2020 alone, Nigerian startups raked in over $170m/70b Naira in funding from overseas sources and meanwhile in the nine months of 2020 financial results of 12 commercial banks, they recorded a combined profit of N677.149bn (about $1.8bn) for the period that ended on September 30. They need to partner more with viable startups instead of making money easily available to the political class for short term gains. Economies thrive on long-term plans and that is what is obtainable when Nigerian banks and startups come together.

Time for a change

Nigeria must begin to think about regulations and not outright bans. You can’t just ban social media companies and startups or suspend them when they have not committed serious economic offenses. In other climes, governments opt for fines and other punitive measures instead of hampering the operations of a company because they understand that each company is somehow tied to the overall economy of the nation. Startups are employing quite a number of people and are contributing to the liquidity of the economy. We haven’t even talked about the national image rehabilitation they give to Nigeria and how they have managed to change negative perceptions in some quarters. There is little or no incentive for startups in Nigeria and so many have opted for funding from foreign sources and what the government can do is to set up a win-win tax scheme that would encourage more investors to look towards Nigeria. Traditional banks and fintech companies can partner to bring financing much closer to businesses and individuals.

NITDA on its own should be thinking of creating more startup parks and hubs to ensure that Nigeria leads the startup race not just in Africa but the world. With the tax scheme mentioned earlier, they too can benefit.

Startups should begin thinking of an umbrella body that can liaise with the government. This team should be made up of professionals from all walks of life but lawyers should dominate this body so that they can act fast legally in face of internal or external threats to startups in the country.

Let me end on a lighter note that someone recently even called for startups to stop announcing profits and figures raised. Well they are sometimes legally bound to do so but maybe if they can find a way around it, the government will not know just how they are faring, as many of them are not even headquartered in Nigeria in the first place. But seriously, this is an area the government can work more with startups to see that as they benefit from the economy, they have a big presence in Nigeria or even move their primary operations here with conditions that will be favourable to the startups. This means that Nigeria will now be their primary tax nation and that’s more money for social programs for the government.