by Raymond Egbadu
in Enterprise, Government
0 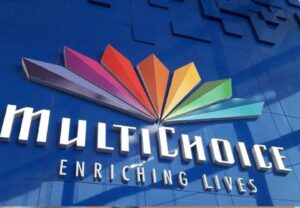 The order from the Tax Appeal Tribunal was made known by Abdullahi Ismaila Ahmad, a spokesperson for the Federal Inland Revenue Service. Along with the ₦900 billion Multichoice was ordered to pay, it will pay ₦90 million (ten percent of the deposit). This amount will be the condition precedent.

The FIRS claimed that the popular media company had not complied with the agreements it had with them. In addition to this, Multichoice had declined to allow the FIRS to gain access to the company’s servers for audit.

However, Multichoice continuously denied the claims made by the FIRS, citing that the accusations are untrue. It also mentioned that the company has been dealing with the FIRS transparently, with no trace of dishonest activities. Nevertheless, the company believes that it will resolve its differences with the FIRS amicably.

“These claims are made by untrue allegations that our company has only disclosed part of its existing subscribers to relevant bodies”, a Multichoice spokesperson said.

Per A.B Ahmed, the order followed constitutional rules as it is stated under Paragraph 15(7) or the Fifth Schedule of the FIRS Act of 2017. A person or company that wishes to contest their tax status must first deposit all or some part of the stipulated amount of money before they can continue to appeal.

While it is not clear whether Multichoice will accept to pay this sum, we are certain that they will respond to this ruling in the coming hours.