by Raymond Egbadu
in Banking, Government
0 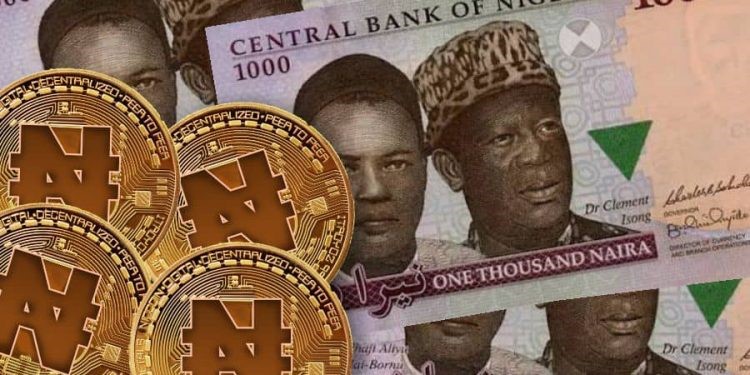 The Central Bank of Nigeria has named Bitt Inc — a Barbados-based company — as its technical partner for e-Naira.

Recall that the CBN has announced that it will launch the country’s digital currency on October 1st this year. This announcement was made weeks after Nigeria’s apex bank banned the use of cryptocurrency in the country. Per the Governor of Central Bank — Godwin Emefiele — cryptocurrency had become the main platform for cybercrime, terrorism, and money laundering in the country. As a result, it became expedient that a new form of digital currency was introduced. However, unlike cryptocurrency, the e-Naira will be under government regulations.

Two days ago, the Central Bank released new guidelines for the e-Naira, which explained how the digital currency will operate. It also encouraged all Nigerian banks to set up marketing strategies that would persuade customers to open e-Naira wallets when it launches in October. However, the CBN will create a “Speedy Wallet” with three-tier accounts before allowing banks to create their own wallets. This is to ensure that the e-Naira is launched on the proposed date, and becomes fully operational after then.

In a recent report about the digital currency by the Central Bank, Bitt Inc. will become the technical partner for the digital asset. Bitt Inc. is a tech company based in Barbados. This announcement was made to the public by Mr. Osita Nwaobi — CBN’s

Director of Corporate Communications. Drawing inferences from the announcement, it was evident that Bitt. Inc. was selected over a plethora of other firms that showed interest.

Bitt Inc. is a tech company known for providing high-level services, technical know-how, efficiency, and business expertise. In addition to that, the company had previously worked with the Eastern Caribbean Central Bank to create its own digital asset. This is perhaps a major reason why Nigeria’s Central Bank chose to opt for the tech company.

Nigeria is on the verge of becoming the first African nation to launch a government-backed digital currency. However, Nigeria must successfully launch the e-Naira on October 1st to achieve this feat. Nevertheless, other African countries are heavily considering the options of creating indigenous digital currencies and some have probably kick-started the project.

MAX Receives A $31M In Series B Round, To Push Its Expansion Scheme Across Africa, And Further Its EV Infrastructural Development.