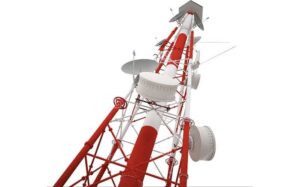 According to the details contained in the memo, this strict policy had become expedient to address the drastic consequences of banditry in the regions. The shut down of mobile services in these regions will last for two weeks — between September 3 to September 17.

“The prevalent security issues in Zamfara (and its environs) have called for the expedient shutdown of all telecommunications operations in the state, taking effect from today (September 3rd). This measure will enable the appropriate security authorities to perform the necessary tasks in a bid to curb security challenges in the state,” the memo disclosed.

In addition to this update, Punch News received information that the Nigerian military is making strategic efforts to carry out a major offensive in Zamfara state. According to the source, it is a routine pattern for the military to shut down mobile services when planning an offensive in a region. This is to ensure that information regarding their activities is not relayed to the enemies.

“Zamfara state has provided a major concern for the government. Bandits often get information about a military offensive that is why we have moved to block all forms of mobile communications in the region. This way, they will not be able to communicate with one another during the offensive,” the source disclosed to Punch.

Apart from attempting to block mobile communications, this move also has a technical impact because Boko Haram insurgents had used mobile devices to set up explosives in the past. They often do this using mobile networks. As a result of this, the Goodluck Jonathan–led administration had to shut down mobile operations in Borno, Adamawa, and Yobe in 2013.

How Will Zamfara State Handle The Shutdown?

Over the years, the mobile shutdown in some states in Nigeria has resulted in a lot of discomforts. Friends and families will find it increasingly difficult to communicate with one another, businesses may experience financial losses, and it would be almost impossible to reach people from other regions.

What’s The Way Out?

Companies and large businesses can bypass this shutdown by using walkie-talkies for communication. Elites living in the region can own satellite phones that cost around ₦200,000 for effective communication.

For other individuals in the state who may not be able to afford satellite phones, they could visit cyber cafes to access communication services. However, this could put the citizens at risk, as they could be attacked by terrorists and bandits lobbying the area. That said, we hope that the shutdown does not exceed two weeks so that people can go back to their normal lives.