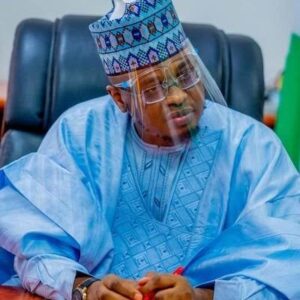 As a result of the exponential increase of cybercrime and attacks in many regions across Africa, there have been numerous calls by tech analysts and experts for Governments to become extra cautious. Among those who recently expressed concern about this disturbing situation is Nigeria’s Minister of Communication and Digital Economy, Isa Pantami.

The Minister has encouraged the Nigerian government to implement proactive measures to curb cyberattacks, lest things become worse than they are. He also said that Nigeria’s critical infrastructure and assets are at risk with the high rate of cyber attacks in the country. Pantami believes that if nothing is done to enhance cyber security in the country, Nigeria could become more vulnerable to cyber-attacks.

Pantami expressed his concerns at a stakeholders’ conference in which the theme revolved around protecting Nigeria’s critical infrastructure. The conference themed; “Synergy: Panacea to Effective Critical Assets and Infrastructure” was organised by the Nigeria Security and Civil Defence Corps (NSCDC) yesterday at the Federal Capital Territory.

“As a result of being hijacked, ransomware has adversely affected a large amount of critical infrastructure. This is why we need to set up multi-sector measures to safeguard essential infrastructure and assets, such as drones, 5G technology, and satellites for monitoring and surveillance.”

“At the Ministry, we are working hard to ensure we develop an innovative system that will guarantee the safety of our critical infrastructure. We will harness the Centre of Intelligence and Robotics to train Nigerian youth who are tech-savvy and have sound ICT background,” Pantami said.

Another stakeholder who spoke at the summit was NSCDC’s Commandant-General — Dr. Ahmed Audi. He expressed that the destruction of critical infrastructure including transmission poles, wires, oil pipelines, transformers, etc can pose serious threats to national infrastructure; hence the need to safeguard them.

Recall that by this time last year, it was reported that African nations including South Africa, Kenya, and Nigeria experienced twenty-eight million cyber-attacks. There is no doubt that this figure has increased and may continue to go higher if necessary steps are not taken.