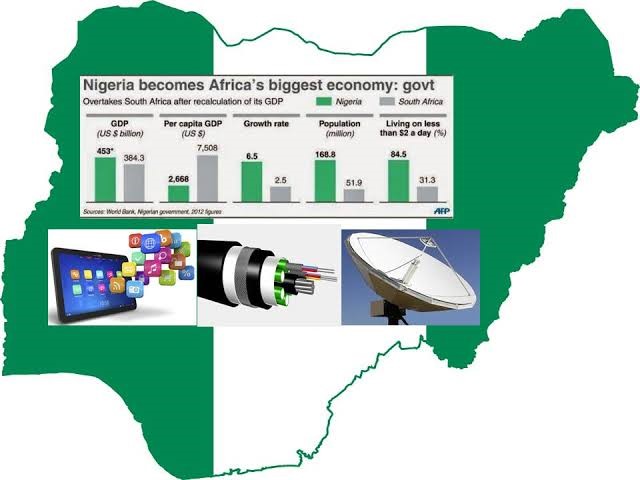 Nigeria’s Gross Domestic Product has had significant contributors from different sectors over the last few decades. For a long time, the Oil sector had dominated in terms of GDP contribution percentage in successive quarters of previous years. However, the Information and Communications Technology (ICT) sector has also become a significant contributor to the country’s GDP in recent years. This was made evident when the National Bureau of Statistics announced that the ICT sector contributed 17.9% to Nigeria’s GDP in the second quarter of 2021.

In the first quarter of the year, the ICT had contributed 14.91% to Nigeria’s GDP — a 3.01% increase during the second quarter. Per the Nigerian Communications Commission (NCC), the telecommunications industry in the ICT sector contributed a massive 14.43% on its own.

It is important to note that the Information and Communication sector is made up of four cardinal sections which include:

In the second quarter of the year, the National Bureau of Statistics announced that the ICT sector contributed higher than the Oil sector. According to the report, Nigeria’s GDP saw a significant increase of 5.01%, many thanks to the immense contributions made by the non-oil sectors of the nation’s economy.

In real terms, the Information and Communication Technology sector had a growth rate of 5.5% Year on Year (YoY). However, this is a -9.54% decrease compared to the second quarter of the previous year.

Without any doubt, the Information and Communication Technology sector has become one of the biggest contributors to the country’s GDP, maintaining a consistent increase in the process. Additionally, the ICT has now overtaken the Oil sector which — at some point in the country’s history — was the mainstay of the nation’s economy.

The Nigerian Communications Commission also announced that the telecommunications industry contributed 14.42% to the country’s GDP — 2.76% and 1.97% higher than its contribution in the first quarter of 2021 and the fourth quarter of 2020, respectively.

As a result of the Oil sector experiencing a drop in production and prices, its drop in GDP contribution percentage was expected.