by Raymond Egbadu
in Investment, Personnel
0 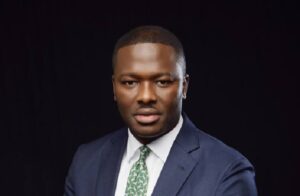 The Lagos Angel Network was established to promote the growth and development of a viable early-stage investment sector in the country. The organisation’s main focus has been to help Lagos-based entrepreneurs and small-scale business owners gain enough resources for growth and development through networking and mentoring.

According to a spokesperson for the Lagos Angel Network, the organisation has helped mentor and enlightened and invested in more than one hundred different startups in Nigeria since its inception in 2012.

According to the new LAN head, the newly-appointed Board of Governors will make policy advocacy, education, investment recruitment, and deal pipeline and matching a top priority.

“As our market’s pioneering velocity has increased, we will strive to make sure that the Lagos Angel Network membership and diverse syndicates within our community participate actively in delivering the oldest known and most seamless risk capital in Nigeria and Africa in general, within the next decade,“ Mr. Aina said.

It is important to note that the new Board of Governors will be taking the mantle of leadership from Tomi Davies and Dotun Sulaiman (co-founders of the Lagos Angel Network), Dipo Adebo, Yemi Keri, Bunmi Lawson, David Richards and Collins Onuegbu.