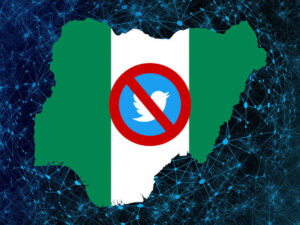 The Nigerian government has announced that it has partially lifted the ban on Twitter. This comes just two weeks after Nigeria’s Minister of Information — Lai Mohammed — announced that the federation government would soon lift the ban.

The Nigerian government had placed a ban on Twitter since June 2021. However, the Buhari-led administration has ordered the lifting of the ban, albeit conditionally.

This announcement was made by the President himself while addressing the nation on its 61st Independence day celebration at the Statehouse in the Federal Capital Territory.

According to the President, the presidential committee had met with Twitter representatives to investigate the possibilities of looking for a way to settle the differences between the Nigerian government and Twitter.

“The presidential committee — alongside its Technical Team — has met with Twitter to resolve vital issues that led to the ban,” the president announced.

“In regards to the prolonged discussions, the key issues are being discussed and I have ordered the lifting of the ban. However, the ban will only be lifted if certain conditions are met to enable Nigerian citizens to continue using the social media platform for business purposes and other important activities,” the President added.

The presidential committee is headed by the Minister of Information and Culture, Alhaji Lai Mohammed. The committee was inaugurated in July this year to address various issues relating to the ban. Other members of the committee are Abubakar Malami (SAN) — Minister of Justice and Attorney General of the Federation, Dr. Isa Pantami — Minister of Communications and Digital Economy and Geoffrey Onyeama — Minister of Foreign Affairs.

On the 4th of June 2021, the Federal Government of Nigeria Placed a ban on Twitter after the Social media platform deleted a post from Nigeria’s President, which was addressed at regional secessionists, threatening to prosecute them. The tweet was deleted by Twitter on the 2nd of June 2021, citing that it had breached the App’s “abusive behaviour” guidelines.

After the ban, many Nigerian citizens still gained access to Twitter via the use of Virtual Private Networks (VPNs). This prompted the Attorney General to call for the prosecution of Nigerian citizens who defied the government’s order. However, the government did not enforce his proposed policy. Per multiple reports, the Nigerian Broadcasting Corporation also allegedly ordered all media outlets operating within the jurisdiction of the country to avoid using Twitter.

Social and political commentators believed that the Nigerian government could not enforce such policies due to a ruling by a West African court indicating that the federal government could not prosecute citizens for using Twitter despite the ban. The Nigerian Twitter ban has caused a lot of controversies and the federal government has received heavy criticisms from human rights activists and other concerned individuals or groups.

While the government maintains that Twitter has lost a lot in terms of importance and revenue as far as the Nigerian space is concerned, reports indicate that the federal government has also suffered from the ban. Per cybersecurity network system — NetBlocks — the Nigerian government losses about ₦2.18 billion daily as a result of the ban.