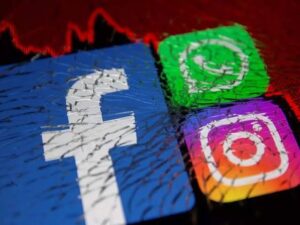 Facebook’s Engineering team has today disclosed the reasons why the Zuckerberg-owned apps were shut down for nearly six hours globally. The apps affected were Facebook, Instagram and WhatsApp, which have an estimated total of 4.6 billion users worldwide.

According to data released by Bloomberg, the social network giant lost about $7 billion as a result of the unexpected outage — its worst since 2019. The shutdown began at about 5 pm (GMT+1) on Monday, October 4th, 2021 and lasted four about six hours.

Per NetBlocks — a platform that monitors internet blackouts and the effects — the shutdown caused the global economy to lose $160 each hour. Facebook stocks depleted by more than five percent and the CEO of Facebook — Mark Zuckerberg — lost $7 billion in net worth during the shutdown.

Per multiple data sources, Facebook, Instagram and WhatsApp record a total number of 2.9 billion active users monthly. Recall that in 2019, Facebook users experienced a twenty-four-hour shutdown which is the company’s biggest shutdown to date.

For nearly six hours, Facebook, WhatsApp and Instagram were completely inaccessible globally. During that timeframe, users reported the appearance of a server error whenever they tried to log in, indicating that Facebook was battling technical issues.

The reason for the six-hour outage has been disclosed by Facebook’s Engineering and Infrastructure Vice President, Santosh Janardhan.

“To everyone and businesses across the globe that depend on our services, we apologise for the inconvenience today’s outage had caused on our platforms. We have been making efforts to ensure that everything returns to normal. Our systems are now accessible and functional,” he said in a statement.

Janardhan also disclosed that the outage also affected many of Facebook’s internal tools and systems “we harness in our daily operations, making it harder to quickly detect and fix the issue.”

“Our engineering team discovered that configuration changes on the backbone routers that controlled network traffic between our data centres were responsible for creating this problem that halted communication,” he added.

He said that interruption in the regular flow of network traffic led to a series of glitches in how Facebook’s data centre communicates, putting its services to a stop.

He further noted that Facebook’s services are now fully functional and user can access their accounts without any problems. He also emphasized that the main cause of the outage was a faulty configuration change, stating that there was no evidence that Facebook’s systems were compromised during the outage. He apologised to everyone and businesses affected and said Facebook will continue to create more resilient infrastructures.

Recall that about twenty-four hours before the glitches occurred, a former Facebook staff had told Whistleblower in an interview that the company is more concerned about making profits than clamping down hate speech and false information on its platforms.