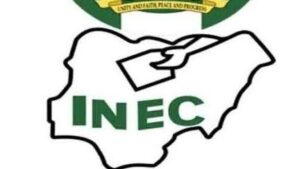 The Independent National Electoral Commission, INEC, has reportedly been approved to optimise their protocol for conducting and ascertaining electoral outcomes. The Nigerian electoral commission has been under the radar of the Nigerian government, whereby both the Senate and the House of Representatives Conference Committee have been debating on a unified conclusion. The Senate focused on amending the Electoral Act which guides the commission on utilizing electronic technology as an independent body.

The 2021 Electoral Act Amendment Bill administered by both the Senate and the House of Representatives proposed a unique scheme that gives INEC a modified approach that reforms the commission electoral performance. INEC is now certified to utilize modern technology to orchestrate electoral votes with electronic devices, which is capable of ascertaining accurate election results.

At the time the latest Electoral Act was newly introduced, the Senate issued INEC limited access to utilize their proposed electronic scheme. For context, the Nigerian Electoral Commission was prohibited to generate electoral results via this electronic scheme dedicated to electoral exercise.

The Bill requires INEC to orchestrate electoral exercise per the commission’s electoral agenda with electronic devices. Still, the Senate did not permit INEC to generate electoral results via electronic means, per the 2021 Electoral Act, Section 50(2).

It is worth noting that, the Senate and the House of Representatives autonomously influenced the amendment of the Electoral Act with diverse concepts intended to unify INEC’s electoral agenda. The Senate then decided to permit the Nigerian Electoral Commission to take full charge of its electoral agenda a month after the seven-member Conference Committee was organised.

The Senate applied baby steps in amending Nigeria’s Electoral Act to ensure INEC is capable of administrating smooth electoral exercise with the authentic electoral result via electronic means. The Senate approval also gives INEC the edge to function as an independent electoral commission as expected.

Prior to this recent update, INEC has reportedly attempted to use electronic means to orchestrate electoral exercises. The 2021 Electoral Act depicts INEC will be entitled to modify the initial technology as a new initiative dubbed Bimodal Voter Accreditation Device, BVAD — this device features a sole software that confirms voters biometric data such as, fingerprint and facial recognition. The BVAD is also capable of processing the initial features that confirm a voter by their Permanent Voters Card (PVC).

Remember, the PVC is designed to detect the inbuilt Smart Card Reader — a sensor that confirms a registered voter. The Senate approves the 2021 Electoral Act to bolster credibility with all futuristic electoral exercises.

The latest election INEC conducted in Anambra State was administered with the modified BVAD technology. Although the Anambra State election crashed because the modified electoral electronic device integrated with BVAD is reported to be bugged or halfway built, Techbooky writes.

Still, the Governorship election in Anambra recorded a huge success, INEC plans to retry the electoral exercise on the failed region within the state. Techbooky suggests INEC’s electronic BVAD technology crashed because of inadequate network bandwidth in remote areas.