Buhari’s Technical Committee and Dorsey are eager to impose the never-ending arbitration sessions. 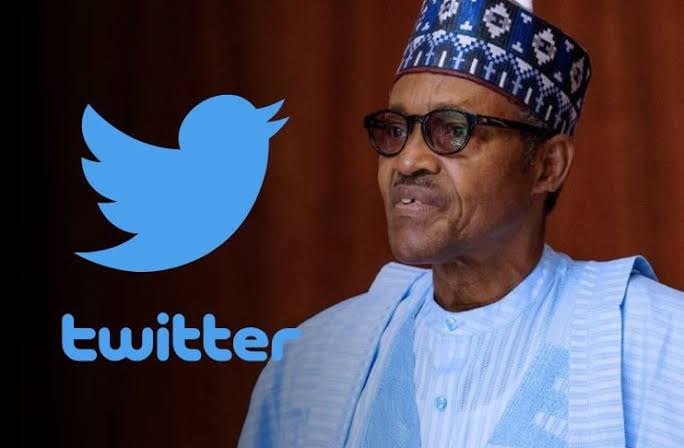 Since President Mohammed Buhari ordered the Twitter ban in 2021, neither Jack Dorsey nor its users could communicate as a free bird. Twitter CEO has reportedly met with the federal Technical Committee to resolve the misunderstandings that chased its bluebird community out of Nigeria, Techbooky.africa report.

The Twitter suspension became indefinite and it did not stop Nigerians from accessing the bird app via virtual networks. At the time, accessing Twitter via VPN was almost flagged as a crime which then consented several Nigerians to agitate for the bird app release. Heeding to Nigerians and Jack Dorsey’s plea, Buhari appointed a committee of arbitrators to negotiate a fair term of social service with Twitter.

The Minister of Information and Culture, Alhaji Lai Mohammed was appointed as the chairman of Buhari’s “Technical Committee” arbitrating on the Twitter ban. Recall the likes of Ibrahim Pantami, Geoffrey Jideofor Onyeama, and other ministers who are members of Buhari’s Technical Committee of arbitrators. Lai’s lead role is required to report every minute of their meetings with Twitter.

Lai Mohammed had led streaks of meeting with Jack Dorsey — accompanied by his gang of arbitrators. Since the Technical Committee was commissioned, they are yet to finalise the terms and conditions for the Twitter release.

It is a no-brainer Buhari’s team of arbitrators pose as an agreement to lift the ban on social media to operate under his terms. This explains why the National Broadcasting Commission (NBC) Act has been amended.

The NBC’s regulations are derived from the listed terms Lai and his crew drafted — endorsed by executive orders that are expected to regulate all social platforms operating in Nigeria. Likewise, Nigerians have maintained a presence on the bird app via virtual networks that contradict Buhari’s executive sanction.

Starting with Twitter, the federal Technical Committee recommended other social media to;

NBC currently flaunts its executive motive to restrain any social media that default to regulatory standards. The broadcast agency is expected to deal with a lot of paperwork — regulating Twitter and other social media either online or offline (real-time office).

At this point, Twitter is liable to encounter governmental penalties for violating NBC’s regulations. Lai’s crew drafted this policy with the intent to apprehend available representatives whenever social platforms default regulatory policy.

Dorsey twitched towards training Nigerians IT-wise — his foresight portrays the trainees as “programmed sentinels with aligned matrix” to shoot down his micro-blogging bird network — at this point any mistake from Twitter becomes extreme.

Remember Twitter custom rules for socializing in its community is fair when the bird app suspended Buhari’s account — the conspiracy of the Twitter ban connotes “…Dorsey should have kissed the ring earlier.”

Unlike Nigerians who miss sharing microblogs legally on the bird app, Twitter is keener to revive its operations in Nigeria.

It is a no-brainer “additional revenue” is an intertwined dividend for both Twitter vs the Nigerian government.

Twitter Nigeria reportedly lost N150bn worth of revenue income resulting in closed business. Despite the 83.7% of Nigerian users that maintained regular communication on the bluebird community via virtual network — Twitter gained zero revenue from the Nigerian market. Microblogging in Nigeria will likely surge in 2022.

Per the enormous public offerings the likes of Twitter holds, the NBC’s Act also mandates a license issued by the Corporate Affairs Commission, CAC.

The Nigerian government also claims a similar economic-related crisis — 2021 yield a “regressive revenue income.” This influence the NBC’s Act that mandate social media to operate with a license.

With a fraction of Twitter’s revenue reserved to entice the Nigerian economic policy — it also serves as a call for truce since Dorsey lost billions of Naira.

A Twitter spokesman confirmed the bird app and its parent company, Square Inc are credible to make provisions for taxes assigned to its subsidiaries, including Twitter.

Per Techbooky’s analyst, Olagoke Ajibola’s opinion that affirms the Nigerian government stalled on releasing Twitter since 2021 to date because Twitter is yet to debut its real-time office.

Still, Buhari’s Technical Committee and Dorsey are eager to impasse the never-ending arbitration sessions. Twitter’s spokesman confirmed Dorsey will account for the “Twitter Nigeria” office while drafting the 2022 budget.

Since the technical committee mandates regulating its domestic social media sector — the likes of Dorsey and his peers of chief executives will be cautious with violating NBC’s policy. Nigerians and the FG anticipate debuting a “Twitter Nigeria” office before the 2022 H1 countdown.