The finTech sector is on the verge to progress in the credit market. 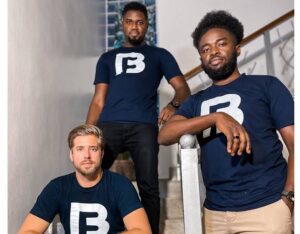 Bfree motives yearn for organic development as a FinTech startup equipped with resources. “Fintech is an emerging market, outpouring its streams of revenue compared to other digital sectors.” The startup credit management company has reportedly increased its market by deploying Bfree in other regions of the earth.

For context, Bfree as a service is stationed in Lagos — a strategic location to operate a startup business in the commercial zone of Africa. Bfree used a similar technique while siting preferred locations to expand its services. Bfree selected a country from each continent.

The startup company criteria for selecting a preferable site to branch out is focused on flexible economies adaptive to change. With Nigeria aside, Bfree currently operates in Mexico, Kenya, Russia, Ghana, Uganda, Brazil, India, Colombia, Indonesia, and Poland. Bfree’s CEO, Flosbach, intends to transform these cities into a commercial hub.

Bfree’s pre-Series A fund pose resourceful to purchase tools to evolve debt collection as a service per ethical standards. Recall the startup company debuted as a lender before evolving to finance management. Bfree motives focus on the regressive credit market influenced by lenders.

The lending market seems complex to manage whereby retrieving loans to revive the credit system is almost bad-debt — else, the borrowers’ privacy is likely violated. Unlike Bfree’s standard for debt collection that prioritises customers satisfaction.