ThankUCash is set to upgrade its rewarding features with BNPL sooner than later. 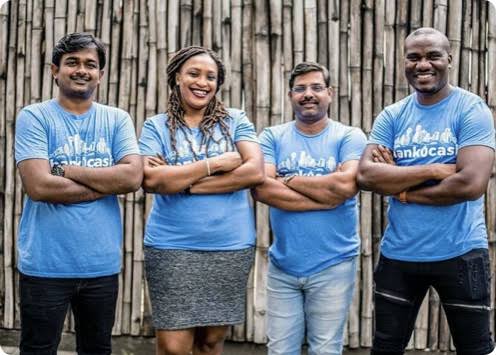 ThankUCash finally rounds up the 2021 seed with $5.3m raised — an additional $300k in contrast to the startup’s previous report. Despite the unfavorable economic turmoil ThankUCash consistently thrives in redeeming coupons, loyalty, gifts, and deals as its basic service, Techbooky.africa writes.

The Nigerian startup company bags millions of investments it intends to inject into the African digital economy — starting with its domestic market. Unlike several other African startups that penetrate the international FinTech market at their initial move to expand, ThankUCash’s motive is dedicated to investing in Africa with a futuristic plan to become a local tech behemoth.

Connected Analytics debuted ThankUCash in Nigeria’s state capital, Abuja, and two other top-notch cities, such as Port Harcourt and Lagos. These cities are ideal for a startup company’s development in-line with its conducive economic standard and a progressive revenue income influenced by a broad marketplace.

Prior to the $5.3m investment deal the reward startup company recently rounded up, ThankUCash has reportedly gained consent from Google’s Accelerator program and other venture capitalists.

ThankUCash is another digital wallet platform that banks its users’ finance to eat online, shop online, and other related online businesses that either offer cashback, discount deals, or rewards for active customers. The startup represents the bridge between businesses/merchants and their customers.

For context, Connected Analytics technology is developed as a third-party wallet — a flexible tool integrated with partnered businesses like restaurants, cinemas, supermarkets, and other brands or services that prioritize customer satisfaction.

ThankUCash wallet is built with a multi-tasked algorithm to manage its partner merchants’ bookkeeping while tracking their customers’ activity to ascertain qualified users’ due for cashback rewards and available giveaways.

ThankUCash’s reportedly accounts for more than a thousand merchants tied to its reward platform. The reward platform has a list of businesses ready to deliver customers’ requests while merchants receive instant payment for every purchased product via ThankUCash’s network.

Customers’ loyalty points are determined by the data ThankUCash wallet has processed — the number of transactions processed even at different vendors.

It is worth noting that ThankUCash settles the reward it offers from its in-house credit resource. Although every merchant listed on the ThankUCash API is obligated to remit a fraction of I.5% commission for each sale or user that redeem cashback coupons. ThankUCash also charges its merchants per its in-house deals.

Several merchants have sought to consort ThankUCash’s API to attract customers to their vendor. Still, the reward startup charges merchants off every deal tied to their products. ThankUCash’s futuristic agenda sets to upgrade its rewarding features with “buy now, pay later (BNPL)” after its service has branched out to other African countries.

The reward startup company expansion scheme target both Ghana and Kenya’s market. ThankUCash’s $5.3m credit resources are budgeted to solely sort expanding across its domestic market. Techbooky suggests BNPL on ThankUCash will be developed after Ghana and Kenya market accepts its brand.