MTN MoMo aims to rival other telecom companies in Africa. 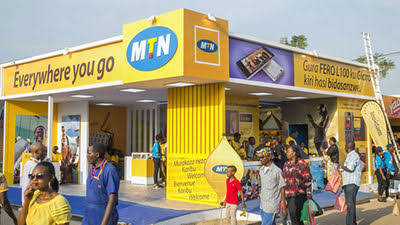 MoMoAdvance is related to the BNPL scheme other fintech platforms have been trying to develop to improve customers’ activity with managing their wallets. MoMo allows Ugandans to stretch their wallet balance with a loan or overdraft and pay back borrowed cash with interest.

MTN Group is expected to launch its newly developed overdraft services in other African countries with a lucrative credit economy where its affiliate company is stationed, including South Africa MTN’s home country, Ghana, Nigeria, Kenya, etc. Although the MTN overdraft initiative debuted towards the end of 2020 — it is currently available for the Ugandan market.

MoMoAdvance distributes credit facilities whereby users can purchase an item in full even with an insufficient balance. The data from MoMo’s wallet is used to identify the level of cash advance that should be granted to its users. The MoMo network is built to retrieve the cash they have loaned its users once they deposit their MoMo wallet.

For context, the MoMoAdvance tracks users’ transaction history to define users’ limits of cash loan — a dormant wallet gets no permission to seek a loan or overdraft. It is worth noting that MoMoAdvance also demands interest per loan overdraft which will be retrieved when users top up their MoMo account.

The MoMo wallet will remain insufficient if interest is charged “pay-as-you-go” — it is conducive as MTN Uganda decides to get their cash back later. MTN mobile money interest rate is charged at 0.5% on unsettled balance while 2.75% is charged for access fee per loan request.

The mobile money platform is an ancillary to the fintech community likewise money lending. Several telecom companies in Africa have dedicated their resources to actualizing this technology. Kenyan-based Safaricom networks developed Fuliza a close counterpart to MTN’s MoMo brand. Although the MoMoAdvance initiative existed on Fuliza before MTN adopted the concept.

TLcom Capital Led SeamlessHR Series A Fundraising With A $10M Deal to Expand Towards East And Southern Africa.