The B2C e-commerce company targets other African regions for expansion but starts with east African countries such as Rwanda, Uganda, and Tanzania.

by Eni
in East Africa, Startup
0 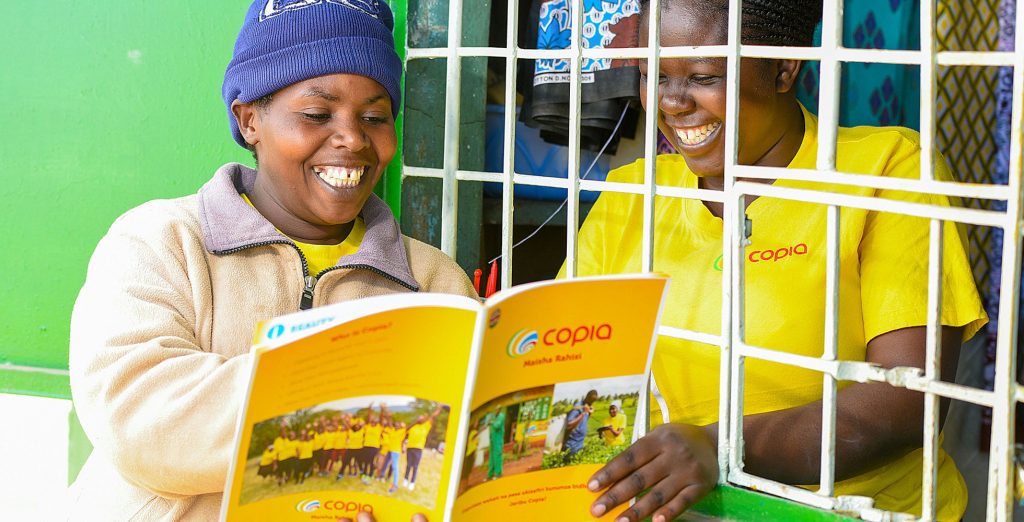 Copia Global equity has risen by $50m after rounding up its Series C fundraising. The Kenyan-based startup company completed its Series C round while other startups are yet to round up Series A deal.

“The whole premise of Copia was to find a solution that was sustainable and profitable to serve consumers that we could improve their quality of life and that of their families,” per Copia Global CEO, Tim Steel.

Copia has built a network of local agents with simple technology overtime. The B2C e-commerce startup intends to amplify the traditional approach to retail marketing with its custom logistics.

The Kenyan e-commerce startup currently budgets trillions to invest in Africa’s B2C marketplace to promote multitasked trading activities in the economy. Copia Global’s budget tallies with the IMF report that ascertain the low-income earners are the driving forces that influence Africa’s economy progressively.

The B2C e-commerce startup aims at distributing affordable logistics to rival other e-commerce behemoths in the industry such as Jumia. Although Jumia has reportedly operated an unprofitable business per the current economic turmoil.

Copia has enough resources to actualize expanding profitable B2C logistics services. Aside from the $50m deal, Copia Global has come a long way raising different classes of funds to develop its operations. Copia has generated close to a million dollars — the $83.5m is the addition of the Series A, B, and C fundraising Copia Global has experienced.

The new $50m deal Copia got was led by an existing investor christened Goodwell Investments, Perivoli Innovation, and Lightrock. While other bits of the offering is funded by new investors, including, Koa Labs, Zebu Investment Partners, etc.

Copia has plans to expand its services to other socioeconomic regions of Africa prioritizing Nigerian markets as well as Zambia, South Africa, Cote d’Ivoire, Malawi, Ghana, and Mozambique. The Kenyan B2C e-commerce company intends to touch down eastern Africa, expanding with the $50m while Kenya remains its host country.