TLcom raised an optimistic $70m second-round deal —more than half of its budget.

by Eni
in Funding, Investment
0 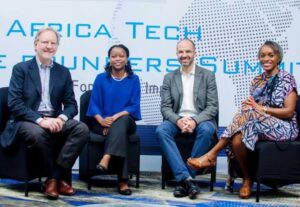 TLcom has reportedly commenced fundraising sessions to complete its second investment budget. The capitalist investor has received more than half of its budget. TLcom has currently raised over $70m with heightened optimism that cannot seem to define the exact timing the fundraising is expected to close.

TLcom Capital has existed for more than twenty years, disbursing equity to startup companies in Africa. The capitalists investor-focused its credit market in Africa and Europe — TLcom Nigeria and Nairobi have recorded the most transactions likewise TLcom London.

TLcom’s current net worth has multiplied in value per the worth of its accumulated assets under management. For context, TLcom’s AUM account for outrageous risk reported yielding a couple hundred million dollars that serve the best option common in the credit market populated by startups.

TLcom set to add more equity to its existing $350m worth of assets under its Capitalist management. Despite TLcom currently raising a fraction of its $150m investment budget. TLcom’s second funding appears to be significant as the most expensive funding initiative the capitalist has bagged overtime.

The TLcom endorsed TIDE Africa Fund have reportedly developed the selected startup, including Andela, Okra, uLesson, Kobo360, etc. These startups got complete equity from TLcom, unlike other Venture capitalists that oblige to the five-year timeline to accredit funds.