The Lagos and Texas-based HealthTech startup get more funds from former investors.

by Eni
in Startup, Uncategorized
0 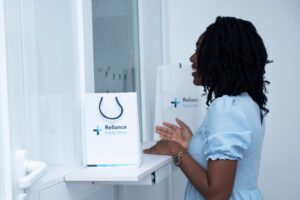 Reliance Health carries the African HealthTech economy to a progressive position, experiencing increased market value to worth billions of dollars by the next decade. Reliance Health continues to serve the health sector with its telemedicine service in Lagos and Texas.

The startup telemedicine service targets the digitized market that sought drug logistics and virtual healthcare via the internet (aka telemedicine}. Reliance Health has reportedly rounded up its Series B round with a $40m deal to be the top-notch HealthTech market in Africa.

Reliance Health is an integrated pair of health-related services, such as real-time healthcare, technology, and commercial health insurance that is “essential when using technology to make quality health care accessible and affordable in emerging markets,” Kuti said.

Reliance Health has evolved overtime introducing innovative concepts to feature on its telemedicine service. Patients have a subscription plan that is suitable for healthcare such as telemedicine, drug logistics, and health insurance system.

Femi’s motive depicts that Reliance Health is developed as a social telemedicine platform where doctors and patients can communicate via the mobile app. The Reliance Health app also refers patients per diagnostic service to other third-part real-time modern hospitals or clinics in line with the users’ data.

The telemedicine startup company based in Lagos and Texas attempts to deliver a social healthcare system powered by real-time doctors and artificial intelligence to communicate with patients.

“Regardless of that option is provided by a third-party partner or us, we are more concerned with how we work with the customer to guide them to the best option when it comes to accessing the healthcare data,” Kuti said

Reliance Health is on the verge to surge above other sub-technology sectors. The $40m Series B round places HealthTech to surge above the FinTech industry.

On the other hand, General Atlantic is Reliance Health’s major investor during the Series B round. The venture capitalists reportedly have Reliance Health as its first AUM in Africa, Techbooky writes.

Ndovu Declines To Publish The Outcome Of Its Pre-seed Round.