MTN's Individual License is partisan to the commission’s endorsement. 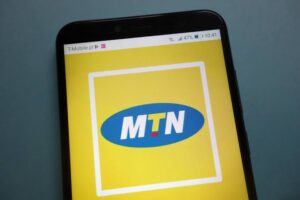 The NCC scheduled February 24 as the deadline to acquired its 5G license. The government commission also published detailed reports about the 5G installation License auction, including the deadline, terms, and conditions for its 5G license spectrum slots for the emerged winner (MTN and Mafab).

Per the NCC’s web page, the initial 5G spectrum auction held last year depicted that the emerged winners, MTN Nigeria, and its other counterpart, have completed a 5G license fee commitment.

For contrast, MTN sorted out its fee prior to the commission’s custom “reclassification of Licences into Class and Individual license time limit elapse.”

These slots for 5G license are preferentially issued by the government likewise reporting its endorsement via its official web page.

The telecom behemoth in Nigeria, including MTN, Airtel, and Mafab participated in the close bid for NCC’s 5G installation first-class license. The NCC’s 2021 5G Spectrum auction started with a $199,374,000.00 bid price.

MTN Nigeria emerged as the telecom with the highest bid and was seconded by Mafab Communication. While Airtel lost its slot to Mafab for posting a lesser bid after eleven rounds of posting expensive bids.

MTN Nigeria is keen on compacting with the NCC’s agenda to develop the national economic growth via digital economy generous revenue surge. MTN is being served with preferential treatment for being the first to seek NCC’s license — aka “Pay-as-yiu-go” or “First-come-first-serve” tactics for issuing 5G license.