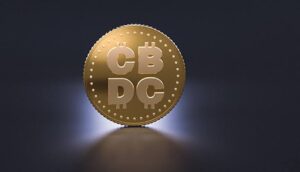 The Central Bank of Kenya, CBK, has reportedly consented to establish the Central Bank Digital Currency, CBDC. The CBK issued a discussion paper to debate how fiat reserve can virtually develop its economic growth — a similar strategy the Nigerian Central Bank adopted to regulate its custom cryptocurrency.

The CBDC serves as the digital fiat reserve dependable on the CBK resources for financial inclusion within the axis of Kenya. The CBK governor, Patrick Njoroge led the discussion paper and addressed the socio-economic implications of not evolving with digitized monetary policy quantitative to easing poverty in Africa with Kenya as its touchpoint.

Njoroge addressed the enormous data volume that is expected to be generated via the digital crypto market. This could influence the socio-economic development and monetary policy — his motive arbitrates opportunity to an alternative stream of income, introducing the virtual fiat reserve endorsed by the government, the CBDC.

The CBK will remain the command center directing the CBDC as a regulatory tool that regulates the Kenyan Blockchain ecosystem. The CBK discovered an enormous amount of digital currency has been traded through Kenyan’s Blockchain network.

This sends a goodwill message that encourages the regular African population to outplay poverty, embracing the trendy crypto market with the digital asset. The CBK is willed to drive viral monetary inflow via legitimate trading sources —this certifies the CBDC authority to flag fake tokens trading in the crypto market.

Kenyan joins the list of countries to organize and participants with developing a virtual fiat reserve of its own. The likes of El Salvador, Nigeria, the US, China, etc have reportedly consented to generate surplus revenue income via organizing national CBDC.

“With illegal actors out of the Blockchain network, CBDC is expected to influence the Kenyan economy via the steady digitized workforce.” Njoroge encouraged the Kenyan population to indulge in the crypto market that doesn’t require certification to participate in holding digital assets.