MoneyHash sets to integrate Africa to a unified API network. 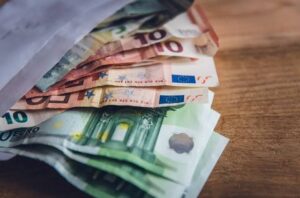 MoneyHash — the “first super-API for payment orchestration and revenue operations,” based in the MENA market has reportedly closed its pre-seed round with a $3m deal to push its development past its current beta phase to a transparent remittance platform trending in the MENA region.

MoneyHash is developed in Egypt and based full-time in the UK aiding users and merchants processing a heavy transaction via MoneyHash unified payment API. MoneyHash dedicates its operations in North Africa and the Middle East population that happens to debut as an unprecedented opportunity to manage users’ multiple payment stacks.

For context, the targeted market involves merchants with day-to-day operations managing bigger remittance orders to process multiple payment gateways via a unified network. Merchants or companies continue to operate by integrating their platforms with more than two payments gateway as they develop daily.

MoneyHash integrates multiple payment gateways to a unified payment stack for the MENA population. The MENA community where the remittance startup originates from has reportedly experienced minor setbacks with remitting funds across country borders due to different currencies, different payment methods, and other policies by authorities in sovereign geographic locations.

“The idea of the super-API is that you consolidate the different payment accounts and build all of these features on top of it.” MoneyHash CEO Nader Abdelrazik revealed his unified payment hub will eventually “becomes a trendy one-stop-shop product, or payments stack that you put in your product and manage all of these different integrations and checkout experience in each of the African and Middle Eastern countries and have all your information on one dashboard.”

Abdelrazik developed the payment API with two other Arabian experts christened Anisha Sekar and Mustafa Eid. They combined the same tools they serve the likes of SigFig, Microsoft, NerdWallet, etc for more than three decades.

MoneyHash then debut during the 2020 pandemic — the same timeline when the FinTech socio-economy experienced its utmost surge to date. During the post-pandemic era a year later, MoneyHash then permitted the likes of Paymob, Fawry, and PayTabs to integrate their payment gateway with its API for processing encrypted remittances via its custom sandbox environment.

Abdelrazik aims to connect more payment gateway across the African region with its API infrastructure, including Flutterwave, Paystack, Yoco, etc. The enlisted FinTech companies have reportedly operated consistently in the commercial zone of Africa, such as Nigeria, South Africa, Kenya, and many other countries.

Still, Abdelrazik did not disclose the exact timing when MoneyHash will roll out its API infrastructure to other marketplaces aside from its typical market in the MENA community. It is a no-brainer this is an expansion scheme for MoneyHash to exist outskirt its domestic market — the $3m seed deal will push the button for this expansion campaign, Techbooky writes.