The San Francisco bank focused its investigation on African startups.

by Eni
in Banking, Startup
0 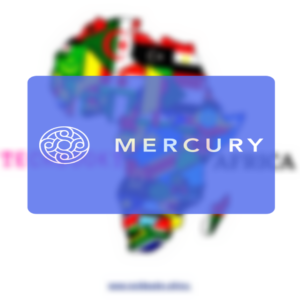 The commercial banks for the startup company, Mercury Bank has reportedly flagged the account of some African-based startup company due to unsolicited services. Mercury is a Caucasian bank built to invest with African startups likewise the startup bank accounts Mercury has suspended from its network.

Mercury Bank is based in San Fransisco but has 70% of its customers based in Africa. Mercury Bank CEO Immad Akhund revealed the sanctions he approved were due to unsolicited services performed by these startups. Mercury Bank for startups did not disclose a prior warning before releasing the sanctions. For context, the startup bank took laws into its hands to curb the mismanagement of developmental funds.

The mail Mercury sent to the startup under its services reads: “Hi, your access to the Mercury account for [company’s name] has been temporarily restricted. Let us know if you have any questions or concerns.”

For context, Akhund’s mail to his client about their account suspension also disclosed their account has been listed for the possible investigation to determine how their Accounts have been judiciously used. Mercury’s CEO also revealed that he has resolved many feedbacks he received from the founders of the startup company’s account he froze.

“Mercury Bank found out yesterday that our partner bank noticed the unusual activity and asked us to lock and investigate a large set of accounts with linked activity. We are working through our due diligence on all those accounts and will be in touch with you individually with questions if we have any on your account or activity.”

“Since it’s a reasonably large set of accounts it’s taking us some time to work through all of them but it’s the highest priority for us internally and we have more than 10 people working on this,” Mercury CEO continued.

Akhund is positive about highlighting the entire continent off financial access whereby only African startups are under investigation. “We apologize for this sudden inconvenience and hope to put better practices in place to avoid this in the future.”

Meanwhile, several affected startups have reportedly indulged the bird app community to consent the global audience about being locked out of accessing the corporate banking system. “This is not a good look. I have a list of over 20+ African startups whose bank accounts were mass-blocked at around the same time by @BankMercury yesterday.”

Recall Mercury Bank came into the limelight before the 2020 pandemic. The bank for a startup is based in San Francisco with more than 40,000 businesses signed to exercise with Mercury finances. Mercury is a Unicorn Caucasian FinTech company that recently closed its Series B round with $120m raised to also boost the bank’s valuation.

The sanctioned Bank account Mercury listed will likely be retrieved when the banker completes the account review. Only coordinated accounts will be reinstated into the Mercury database of startups based in Africa.