The Sudo Card has $3.7m worth of resources to bolters expansion outside the Nigerian market. 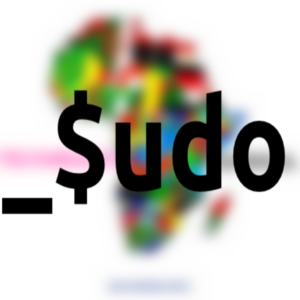 Another FinTech is added to the list of startups to close a fundraising session for corporate development — likewise stacking the list of capitalists to have a list of startups as AUM project. Global Founders Capital has reportedly led Sudo Africa’s Pre-seed round with a $3.7m deal.

Global Founders is a capitalist company based in San Francisco and developed its equity by investing in Africa’s underrated assets. For context, Sudo Africa is a perfect scenario where the CEO of the startup company, Kabir Shittu, confirmed the $3.7m deal will finance its expansion project towards other African commercial markets to increase product sales.

At the time Sudo Africa started up the FinTech business, they “wanted to issue cards and worked with one of the local banks in Nigeria. They got to print up to 1,000 cards, but it took a lot of time and none of them functioned because the bank wasn’t able to provide any APIs for us to either manage the cards or even control the usage of those cards. That was the first time we came around, thinking about how to issue cards,” Bakori said.

In contrast with the cards real-time banks issues that arrive late after a user request, is designed with the encrypted network to transfer funds per user local currency — even sends and receives cash to any card user banking with other brands. While the virtual cards Sudo Africa issues arrive in a short while, has an API network with an in-built wallet to accept the domiciliary transaction.

Other real-time banks have the exact encryption technology to secure clients’ finances but fail to allow users to interact with other races of legal tenders. A local card or mobile wallet can barely process payment for purchases done on international stores, such as Amazon, Walmart, ASOS, Steam, etc. because of the exchange rate per currency. 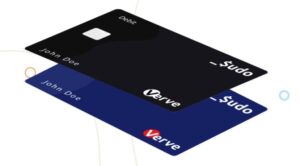 Sudo Africa is a digital platform issuing physical cards to its users. The Sudo card allows users to customize the card according to their discretion — the FinTech API allows users to tweak the applicable features on the Sudo Card. Sudo Africa allows their virtual cards to maintain an encrypted system after an affirmed integration with other real-time banks.

The Sudo Card API allows the card system to alert its users to accept or deny any transaction. The Sudo Card security coverage is encrypted per the user’s discretion whereby another person can handle the Sudo Card per user’s choice but will not be able to exceed spending (the programed budget original owner of the card assigned).

In a common scenario where the Sudo Card owner permits an errand with the card, the messenger will be able to make payment on the preferred store selected by the owner. The messenger cannot exceed the budgeted amount of spending or spend in another store.

Other African startups also contributed offerings to raised Sudo’s Pre-seed round, including PiggyVest, Chipper Cash, and Flutterwave. “Our concern right now is to expand into other African countries. So we’re looking at before the end of this year, we’ll probably be in three or four more African countries,” Shittu said with optimism.

Windows 11 Officially Launches OCT 5, Here Are The PCs That Will Get It First