by Eni
in Cryptocurrency, Telecom
0 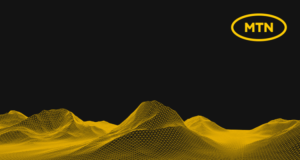 The Ubuntuland is developed by Africarare and Mann Made Media who assigned the digital land to the Telecom behemoth for an undisclosed amount. MTN revealed they will make Ubuntuland available to the public as 2020 counts down.

Remember the post-pandemic era in 2021 when the collection of non-fungible tokens was trendy, MTN sold its NFTs for $50,000 per art collection. Ever since MTN Group has reported transitioning into a technology company that is primarily a behemoth telecom brand.

The likes of MTN, MMM, and Africarare intend to replicate the NFT and Metaverse marketplace that has reportedly bolstered the digital economy of developed countries in Europe, Asia, and the Central American continent. The Ubuntuland Metaverse is a means for Africans to benefits from what the Western economy has experienced lately.

In sum, MTN’s sole motive is to attract more subscribers to its networks they recently tweaked with trendy experiences, such as gaming, videos, music, African art, etc. MTN is teleporting its subscribers to the Metaverse where the social lifestyle is lit and worth millions in bytes.