The hacking group is yet to state its demands from the South Korean technology company. 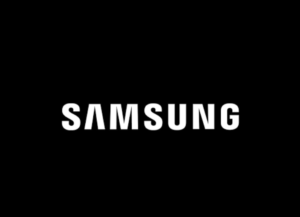 Samsung is currently under siege by the Lapsus$ hack group that threatens to leak the smartphone producer’s source code. The Lapsus$ hack group invaded the South Korean smartphone producer server to steal valuable source codes with a sole priority to extort Samsung for something tangible in exchange for the information they infiltrated from the South Korean technology company.

According to the Lapsus$ gang, they revealed vague details of the source codes they stole which include essential information such as the entire source code that authenticate the Samsung accounts, biometric data for Samsung’s in-built security, Samsung’s bootloader source code, likewise the source codes for upcoming Samsung gadgets. Still, Samsung is positive about the safety of its users and its employees are out of hack gangs’ reach.

“There was a security breach relating to certain internal company data. According to our initial analysis, the breach involves some source code relating to the operation of Galaxy devices, but does not include the personal information of our consumers or employees.” Samsung confirmed Lapsus$ information theft that is likely to regress the South Korean electronic business. -Currently, we do not anticipate any impact on our business or customers. We have implemented measures to prevent further such incidents and will continue to serve our customers without disruption.”

Lapsus$ published a screenshot of the source codes they stole from Samsung’s server. The hacking group also compressed the enormous data, to sum up to 190GB available for torrent. Meanwhile, several internet users have reportedly downloaded Samsung’s source code via Lapsus$ peered network. Still, Lapsus$ shares promise to the hacking community to bolster its server with the intent to increase the download pace of Samsung’s source codes.

Recall that NVIDIA the world’s famous chip maker also got hacked by the same Lapsus$ gang. Per NVIDIA’s ransomware demand, the hacking group requested the chipmaker to eradicate the significant feature in the chips’ GPU that allows a slow crypto mining hash rate. The Lapsus$ are not request materialistic when it comes to breaching encrypted servers and ransomware.

The NVIDIA hack by Lapsus$ recently happened and the hacking group has purportedly leaked confidential emails, email handles, and cryptographic passcodes they hashed from the chipmaker. The hacking group also instructed the chipmaker to oblige to their demands dating March 4 as their deadline.

Aside from Samsung and NVIDIA’s data breach, other behemoth tech companies have reportedly encountered hack groups leaking their confidential business to the public, especially Apple. As expected data breaches are likely to influence diminished corporate equity whereby Samsung lost 2% of their stock in the Korean exchange market.

The South Korean technology company is currently faced with complex business problems aside from the Lapsus$ plague. Samsung recently retrieve its assets from the Russian stock exchange market also contributed to the 2% stock they lost as well as the controversial lapses with the latest flagship smartphones they released. Still, Samsung cannot point out the exact reason why their business has reportedly declined lately.

Sudan's Bloom To Be Drafted For Y Combinator’s Accelerator Program