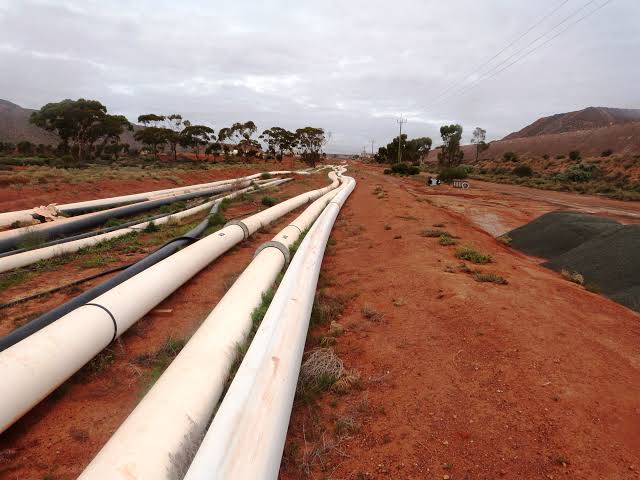 The underdeveloped energy market in Africa is set to surge as the Russian invasion continues to render Ukraine a victim. NATO has declared another economic sanction on the Russian government termed to interrupt the European oil and gas supply chain dominated by Slavic descent.

The rest of the world segregates official ties with Russia for its never-ending villainy constitutional power to overrule Ukraine’s sovereignty. The latest economic sanction by NATO is backed by the European Union, Japan, and the American government has reportedly seized active energy contact with the bullish Slavic.

The European Union’s discretion depicts their interest to replace Russia as its fossilized energy supplier. The African oil and gas sector might just come in handy possessing adequate potential to ease the Ukrainians, the Europeans, the earth at large of the fear of energy shortage.

The Cameroonian attorney and energy specialist, NJ Ayuk, confirmed the European Union and its NATO-related counterparts currently craves for Africa fossilized energy to rehabilitate their deadbeat energy sector. Ayuk was live in the European Commission hosted this week in Brussels alongside other African descent energy experts and members of the African Energy Chamber.

According to Ayuk, the African energy sector bares enough potential to outgrow the European energy sector in line with the current challenges instigated by the Russian Slavic dictatorship. “The European nations are looking more closely at Africa’s abundant natural gas as a potential new source of energy,” Ayuk said.

“We want to see things signed. We want to see them commit to bringing in technology, funding, and financing to get things done. If we don’t have a fierce urgency of now, we are going to lose this moment,” Ayuk’s point of view highlights our ancestral experience with colonial masters. This serves as an opportunity for Africans to swerve past under development in line with Africa’s global recognition of its significant natural gas reserves

Disconnecting Russia off the natural gas supply chain seems to be a mere task, but energy experts tell otherwise. Europe plans to develop its energy sector to be independent of Russia’s control over the next decade. With Ayuk’s energy chamber, the Europeans are liable to cut ties with Russia by 2027 — roughly half a decade.

“When it comes to finding alternative gas suppliers, the E.U. is in discussion with a very wide range of potential exporters — including a number of countries in Africa.” Recall, Russia controls up to 50% of Europe’s natural gas supply. “The E.U. has a clear objective to diversify our gas suppliers in the short term while retaining our focus on boosting renewables and phasing out fossil fuels to meet our climate goals.“ the Europeans Union spokesman confirmed, “b[liquefied natural gas] offers the fastest option to diversify our gas supplies.”

For context, Nigeria, Algeria, and Niger are the Africans with the most natural gas reserves and these geographical landscapes are prone to militant infestation, Islamic insurgent groups, a.d other forms of kidnapping.

“As attractive of a proposal as it may seem these days, the flow of energy to Europe via a Nigeria-Niger-Algeria corridor will remain @1a pipe dream unless security is established along the entire route. As things currently stand, it’s hard to imagine construction, much less actual deliveries being made through the Sahel.”

Aside from Nigeria, Niger, and Algeria, other African countries are endowed with fossilized resources to perfect energy supply such as Tanzania, Mozambique, etc. Ayuk’s dream about influencing Africa’s energy supply to the rest of the world is about to pay off after years of persuading the Europeans with preferred sources from Africa.