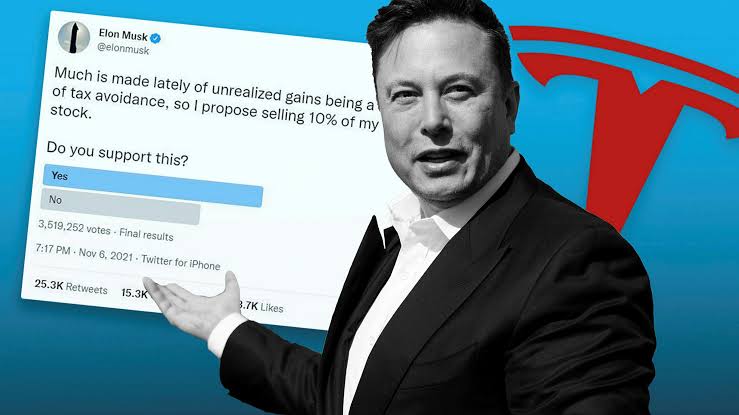 The presence of Twitter’s biggest shareholder also glows Twitter Inc.’s presence in the premarket trading session. The Twitter stock value increases by 26% after the SEC reported the previous Friday market close its ledger with Musk’s dollars. Recall that Musk is currently the world’s wealthiest man with a $267.3bn net worth according to Google’s Search.

There was a hostile takeover in the billionaire race led by Elon Musk against Amazon’s previous CEO, Jeff Bezos, and Musk shared all his tactical experiences with the Twitter community. Overtime, his consistent presence on the bird app has earned him the “TechnoKing” moniker for being the world famous cryptocurrency enthusiast.

Musk has reportedly invested millions of dollars in the cryptocurrency’s flagship token, Bitcoin which also contributed to Bitcoin’s spiking above $60,000 per token at the time. Musk then switched his attention towards the DODGE token afterward. Still, the DODGE token is halfway through surpassing Bitcoin in the crypto market.

Musk’s presence on the bird app tweeting lucrative business experience has got him millions of followers stalking his next jestful narratives. Twitter’s one-time Technoking used his significant personality to attract suggestions on the Twitter poll he created for the bird app community to debate Twitter’s civic responsibility to allow speech (tweets) freedom. Musk focused on the genuine response to the debate topic that tackled both real-time and digital aspects of the responsibility of socializing via the web.

Musk’s consent per the poll he created bare wishful interest for the audience who sought to disclose critical opinions about the bird app on his social poll. It is a no-brainer Musk is getting bored of Twitter according to Techbooky. At the time, his audience had zero clue he schemes another friendly business hostile takeover on Jack Dorsey’s bird empire. Nonetheless, 70% of Musk’s poll contestants revealed that Twitter’s harsh policy affects their freedom to tweet.

Musk’s inquisitive personality attracted more users to debate the next subject he tweeted that depicted he’s likely to debut his social media or acquire Twitter to the list of Tesla’s subsidiaries. It is worth noting that his current position on Twitter does not overrule Twitter CEO Parag Agrawal’s decision, but gives him a fright of losing his job

Recall Dorsey stepped down for Agrewal’s take over towards the end of 2021. Techbooky suggests Musk’s personality will influence other Twitter shareholders to replace Agrewal’s office with another chief executive officer regardless of his ambitious manifesto committed to leading Twitter to its next developmental phase before 2025. Agrawal’s time as CEO has reportedly revealed his ambitious commitment to gain more than half a billion active tweeters on its social media and an additional $5bn revenue income per annum.

Still, the SEC continues to ignore Musk’s trespasses in line with the undisclosed 2018 deal that covers Musk’s freedom as a verified Twitter user sharing regular tweets. Musk’s egocentric charisma as the wealthiest man alive gives him the urge to null the deal he signed with the SEC. Earthlings depicted the same egocentric energy when Musk tweeted a jestful meme that compares Agrawal to the ancestral Slavic dictator, Joseph Stalin. While Dorsey represented Nikolai Yezhov, the Soviet secret police executive official during Stalin’s regime.

While other journalists publish a critic-like publication praising Musk’s ego, my thoughts tell otherwise regardless of his wealth. My beliefs are derived from Musk’s biography revealing his ambitious charisma mistaken for diluted ego. Nonetheless, Musk’s experience in the technology industry gives him the sugar rush to seek more executive roles to explore. NASA’s reliance on SpaceX is a lengthy experience in a nutshell.

Decrypting Musk’s meme reveals his experience on the Twitter app developed by dictators, administrating strict social policies that contradict the original motive to socialize on the web with a free will while debuting the Twitter platform. This dictatorship ideology influenced Musk to create a poll on Twitter a month ago that encouraged him to acquire more common stocks higher than other Twitter shareholders.

It’s a no-brainer Twitter is Musk’s favourite social media. Still, Musk has reportedly criticized the Twitter app developers’ for tweaking the bird app with unprofitable features. Musk’s consent depicts he will do a better job as Twitter’s CEO — as a world-famous cryptocurrency enthusiast, Musk will rather integrate some Twitter features with Non-Fungible Tokens (NFTs). A strategic business scheme to accomplish Agrawal’s ambitious commitment as Twitter CEO.

The SEC’s report revealed Musk’s additional Twitter stocks are merely common with an empty threat to overrule Twitter’s board of directors. The SEC issued the regular form in filing Musk’s additional Twitter stocks request. Although Musk owns the most shares he cannot override Twitter’s executive decision nor acquire absolute control of the company. Twitter’s management still has a chance to turn the tables in its favour to tweak the social media with unprecedented features prior to Musk figuring out what to do with his stakes.

Jumia Partners With UPS To Distribute And Track Parcels Across Africa's e-Commerce Borders.