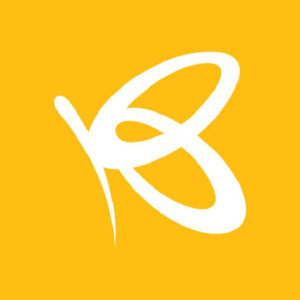 An investigative publication authored by David Hundeyin has reportedly accused Flutterwave of alleged fraudulent practices in the international money market. The allegations were directed at tagging Flutterwave’s cofounder, Olugbenga Agboola an inside trader using the unicorn FinTech company as a frontier to commit fraud.

Hundeyin’s findings on Flutterwave’s Insider trading operations make it ideal to title his publication; “Flutterwave: The African Unicorn Built On Quicksand” — this investigation report title is likely to be Techbooky.africa’s headliner. The private crime journalist currently trends on several social media — especially on Twitter where active tweeters have focused on retweeting the Flutterwave scandal by cofounder, Olugbenga Agboola.

The mind-blowing allegations Hundeyin discovered about Flutterwave’s boss taint a dark cloud over the Flutterwave’s genuine operation as a lucrative behemoth FinTech. Still, Flutterwave is yet to reply Techbooky.africa’s request for comment about the trendy scandal by Olugbenga Agboola. The whistleblower also created a Twitter Space to share the scandalous exposé of Flutterwave executive malpractice involved in fraud, Insider trading, and inappropriate work ethics.

What the Twitter community is tweeting about Flutterwave’s scandal.
IrokoTV CEO Jason Njoku tweeted threads about the Flutterwave scandal per the stunning news involving the pioneer technology solutions in Africa, Mr. Olugbenga Agboola’s insider trading operations that sinks Flutterwave in a quicksand.

Telling these stories are actually important in how we grow our ecosystem into self sustainability. In the long term thats all that matters. What we have now is hypebole to an extreme. Been saying it for years. Hot emerging market money poured into 🇳🇬 with zero checks & balances.

Again David – all you had to do was reach out to me as journalistic ethics require. But your blind hate will not let you do the right thing. I love you though but I am about to teach you a lesson.

Let’s assume this is true, since when did being locked out of email and slack constitute ‘firing’ for a $50m company with investors, a board and corporate governance. David needs to go to business school if he wants to keep doing business reporting. https://t.co/OHz6u2rXhY

WellaHealth founder also joined the viral scandal of his counterpart in the startup industry.

Startups are hard and have outsized rewards, founders are human so will ere. Journalists and whistleblowers are a good check and balance mechanism. Strive to be fair and do your best. Use the courts where needed and let the law do its job. Drink water. We will all be alright.

Highlight of the Flutterwave: The African Unicorn Built On Quicksand

David Hundeyin accumulated facts for his investigative report from the in-person interviews he had with Flutterwave’s former employees. He built a case file on the unicorn cofounder Olugbenga Agboola and discovered he has been an insider trader. Agboola buys illegal stocks and offers his employees stock options in which the sale price is cheaper than the actual value of the stock market.

The crime journalist said that Agboola’s offense as an insider trader with multiple fraud charges should be consequential per the laws that guide the US stock market. The criminal charges for an insider trader violation have a maximum sentence is 20 years in federal prison. “Under American SEC regulations, insider trading also applies to companies whose stocks are traded privately. Contrary to the popular idea, there are in fact pricing mechanisms to determine the market price of non publicly traded stocks, using workarounds like Pitchbook, which function as de-facto stock trade ledgers for private stocks.”

Thus, Hundeyin’s report continued to share a “contrary narrative being promoted that such stocks can be priced unilaterally by an individual since there is no supply and demand equilibrium matching mechanism, the market prices of private stocks can in fact be accessed easily. This classifies the deliberate underpricing of employee stocks and subsequent stock buyback of such underpriced stocks as insider trading, which carries a penalty of up to 20 years imprisonment in the US.”

”it should also be noted that clauses stipulating what prices employees would be allowed to sell their stocks at were not in fact included in Flutterwave employment contracts for the period in question. Thus different employees were able to obtain different prices for their stocks depending on their bargaining power or influence with the CEO, which potentially opened the door to a whole new set of problems relating to favouritism, office politics, and inappropriate workplace relationships.”

The Flutterwave cofounder dealt with many illegitimate deals and impersonating an Access Bank official is one of his crimes. Agboola used this means to accelerate his personal career to double-deal which was unaware of the employees at Flutterwave and of Access Bank. Once upon a time, Agboola led an executive role in Access Bank.

Hundeyin’s criminal investigation also reported that Agboola does business with Arik Air without proper documentation or no paperwork involved. “Someone at Arik started a payments company to process payments for Arik, but he was processing through Flutterwave. So he got a cut of every Arik transaction – and Arik transaction volumes were among the biggest at Flutterwave – but there was no reseller agreement.” This is classified as unethical business malpractice.

Hundeyin also involved Flutterwave’s investors for endorsing business malpractices despite their awareness of Flutterwave’s financial misconduct. “Someone sent an email detailing all these fraudulent activities to every investor on the cap table, and they are all aware and they talk about it, but they did nothing. Apparently whenever Flutterwave wants anything in Nigeria – ethical or not – Agboola just signs a cheque and makes any problem go away.”