by Eni
in Internet, Telecom
0 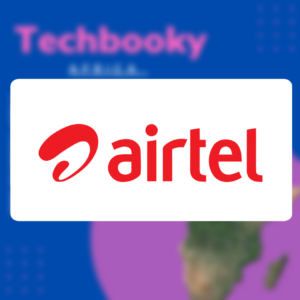 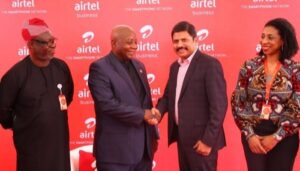 Fahm commends the management of “Airtel Nigeria for their impactful contributions in Lagos State and the country at large, thanks to their innovative drive in Technology.” Fahm noted that Airtel’s commercial data centre aligns with the Lagos State technology initiative and transition of the state into a smart city. “This data centre has further contributed to placing the State as a technology hub in the country at large.”

“With over 20 years of extensive telecoms, technological and consumer-empowering operations in Nigeria, we are best positioned to support businesses and government establishments with an incomparable data centre that will help advance commerce and ultimately expand the nation’s economy, driving growth and prosperity for entrepreneurs and consumers,” Chemmenkotil revealed the high-end digital inclusion Airtel Nigeria established for Lagos state digital growth.

“Airtel Nigeria is inspiring and pioneering a new wave in Nigeria’s data centre landscape as we offer a compelling and affordable data centre to both large enterprises and small and medium scale businesses. Through our data centre, businesses will benefit from uninterrupted power and hyper-secure storage for servers and data transmission equipment for various sizes of private and public sector establishments,” Airtel Nigeria business director, Ogo Ofomata, said.

Ofomata continued to highlight the importance of the cloud-based state-of-the-art commercial data centre that is expected to rival the Microsoft million dollars African Development Centre built in the same localization for digital inclusion and solutions.

Airtel’s cloud-based commercial data centre has officially commenced operations which Techbooky.africa suggests the operation commencement was in fear of the potential cyber attack Airtel Nigeria nearly succumbed via the telecom social media. Nonetheless, Airtel Nigeria has continued to collaborate with other technology-inclined companies such as Konga to bolster Nigeria’s development into a technology hub in Africa.