by Eni
in Transport
0 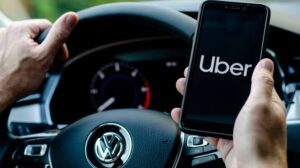 The Tanzanian regulatory agency, Land Transport Regulatory Authority (LATRA) has unintentionally suspended Uber’s operations due to unfavourable guide fare policies. The world-famous ride-hailer did not confirm to the public the duration of its suspension — Techbooky suggests Uber’s suspension is likely to last through the impact of the global inflationary downturn timeline.

Uber has no other reason to forfeit the Tanzanian transit marketplace, but the Tanzania domestic guide fare drafted by the LATRA has reportedly regulated Uber’s ride-hailing operations to accept suspending itself. The LATRA’s modified guide fare applies to both international and local ride-hailing companies operating in Tanzania — this renders other ride-hailers to experience a discombobulated transit system, aside from the decisive Uber transit management.

Uber’s self-directed suspension does not portray the ride-hailer tagged its transport solution quits from Tanzania but pauses its ride-hailing services until the LATRA updates its guide fare to be flexible, conducive, and affordable. Prior to the Tanzanian latest transportation system update, existing ride-hailers have reportedly experienced the liberty to determine and implement in-house guide fares suitable to the company and its passengers — until now, the LATRA regulatory system is expensive and overbearing.

However, the LATRA’s regulatory guide fare is not imposed to suffocate ride-hailing companies or schemed as an eviction plan off the Tanzanian transport section. Still, LATRA’s guide fare system is biased toward protecting the Tanzanian population amidst the global economic crisis. LATRA’s regulatory system is influenced by the outraging inflation in its local economy that has a significant impact on hiking the oil market monetary value or sales price.

The inflated oil market is severe in Africa despite being the source of the world’s oil market and distribution. African countries cannot control the hiked fuel price which also instigates Uber’s self-directed suspension. Uber temporarily waived the Tanzanian transit regulatory system rather than permanently forfeiting its domineering approach to transport solutions in Tanzania.

Uber’s self-directed suspension poses a faulty executive decision that also cries out to the LATRA’s agency to quit biased regulations. The hiked oil market should be experienced by every socio-economic activity or actor whereby both the riders and the ride-hailing companies are expected to participate judiciously in the economic turmoil. Techbooky.africa suggests the LATRA could have sought federal aid to endorse a subsidized guide fare for transport solutions rather than inflate the ride-hailing service fee

Last month, the LATRA regulatory system was modified to mandate ride-hailing companies to deduct 25% off their charge fee in line with the hiked oil market monetary value. This is the major reason why Uber suspended its operations in Tanzania because the LATRA regulatory guide fare mandated Uber to charge a 15% service fee. Nonetheless, Uber suspended its ride-hailing operations rather than debate with the Tanzanian transit regulator.

According to Uber, the self-directed suspension from the Tanzanian transit marketplace is as significant as to influence a diminished revenue income growth. The modified LATRA policy challenges Uber’s lucrative transport solution. “It becomes increasingly difficult for us to continue providing services. We will not be able to provide services until the environment becomes friendly for us to continue providing services.”

Uber continued to lament with heightened hopes about its self-inflicted suspension that “include creating an enabling environment for domestic and international trade to thrive in a positive and balanced way, but unfortunately, the situation is contrary to expectations. Although we have closed down the services of UberX, UberXL, and UberX Saver in Tanzania, we are ready to work with the relevant authorities to develop regulations that will enable the technology to thrive, so that we can resume providing our favourite services.”

Uber Tanzania currently experiences a challenging regulatory system by the LATRA transit agency. Although Uber’s self-directed suspension poses a major business setback, unlike the previous years when Uber debuted in the Tanzanian transit marketplace, serving transit solutions in line with LATRA’s friendly guide fare system. Still, the ride-hailing company is optimistic about its strategic business outlook that temporarily seizes its operations until the economy is also friendly.

Uber revealed they will consistently keep close ties with the LATRA regulatory agency for optimistic results as well as keeping close ties with Uber’s Drivers based in Tanzania amidst the temporary crisis in the local transport industry. It is worth noting that Uber shut down other subsequent transport operations in Tanzania such as UberX, UberXL, and UberX.