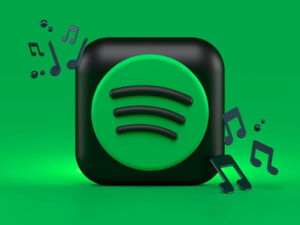 Nigeria makes the second position as the country with more audio streams per Spotify’s global rankings. Spotify’s data analytics was disclosed during the media chat the audio streaming company hosted in Lagos. Spotify’s Head of Music for Sub-Saharan Africa, Phiona Okumu said the Nigerian digital ecosystem possesses a reactive charm that influences the never-ending surge in other socio-economic sectors.

Okumu also referenced Spotify’s custom playlist determined by a shortlist of ten viral songs streamed on Spotify’s network. Okumu’s consent about the Nigerian lucrative entertainment sector and its proactivity to drive Africa alongside the Nigerian developmental pace towards the global limelight.

Okumu’s statement disclosed “interesting facts and data gathered by Spotify reveal that the average number of artistes streamed per user locally has grown by 60% and 20,935 songs were added to the Spotify platform by creators, since market entry. This places Nigeria as the country with the second most streams after Pakistan, with Kenya ranking third.”

“Data also revealed that of the top 10 exported songs from Nigeria, nine are collaborations between local and international hitmakers, a proof that Nigerian music is attracting worldwide attention and popularity,” Okumu said.

It is a no-brainer that the criterion for Spotify’s top ten playlists requires a hitmaker — the Nigerian entertainment space has reportedly featured A-list International artists, producing viral songs attracting streams from the global audience.

At the time Spotify debuted in the Nigerian digital entertainment market, the audio stream company planned a provisional digital inclusion in Nigeria which has delivered an intertwined development experience for Nigerians and Spotify. Nigerian music creators have been adventurous with discovering music genres fused with creativity.

In Africa, Nigeria’s entertainment sector has reportedly influenced other African countries’ custom genres with Afro-pop sound. Nonetheless, Spotify’s data reports revealed that 30% of the American population have streamed Afro-pop (Nigeria’s alt-genre) as favourites songs. Nigeria has sold 200% extra Afro-pop streams out of the African continent such as the European and Central America streaming communities.

“Africa is one of the fastest-growing music markets in the world and now, more than ever, African genres of music have become more popular and accepted globally. This comes as no surprise when you consider the region’s wealth of musical genres and sounds. Genres like Afropop, Afrobeats, Gengetone, Amapiano, and more, are influencing the sounds of artists who are taking the world by storm,” Okumu continued.