The Sango Coin and the Crypto Island will likely roll out together. 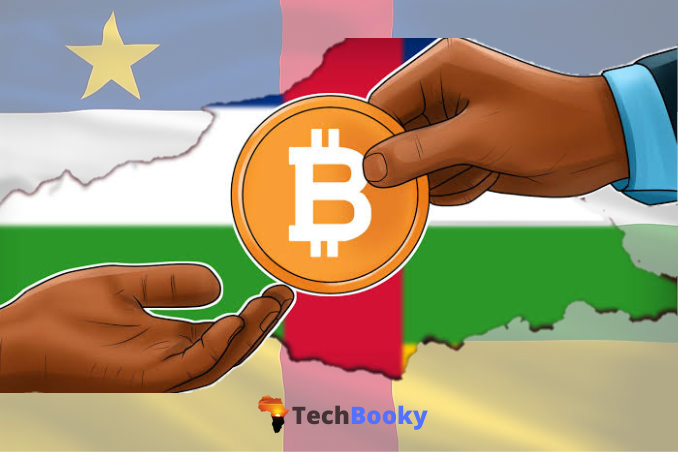 The Central African Republic (CAR) has officiated a state-endorsed project to develop a crypto hub of multiple streams of caching data tokenization to broaden its domestic crypto marketplace. The CAR remains the only sovereign country in Africa to have accepted cryptocurrency as a legal tender.

The CAR pushes to debuts cryptocurrency influenced by the phenomes surge tied with the FinTech sector. The CAR’s primary focus is to drive a financially inclusive economy for the common population of the CAR nation.

Unlike other African countries that are yet to legalize cryptocurrency for official exchange, the CAR leads the path to develop an accessible crypto market via local digital hubs. This portrays a relentless indulgence in the crypto market to attain a sufficient digital economy.

For context, the CAR crypto market has peered at a fixed asset in the metaverse as a financial instrument to drive the governmental campaign to develop a high-end digital infrastructure accessible to the common population which drives financial inclusion simultaneously.

The CAR president Faustin-Archange Touadéra has affirmed the commencement of this crypto hub project to stream digital tokens per federal distribution of cryptocurrencies.

The financial inclusive scheme the CAR has projected for its citizens is introduced as another vendor in the local crypto hub christened the Sango Coin – this seconds the pre-existing crypto initiative the CAR government introduced at the time they accepted the additional crypto market bill to standardize fiscal distribution for individuals and corporate affairs.

The CAR crypto hub consists of two significant digital vendors to tokenize data such as the newly introduced Sango Coin and the previously launched “the Crypto Island.” it is worth noting that both Crypto Island and Sango Coin are underdeveloped digital initiatives bearing productive outcomes of evenly distributed fiscal development affiliated with the metaverse and non-fungible tokens (NFTs).

According to the president of CAR’s comment during the Sango Coin launch, it is a no-brainer that Sango Coin debuts as the first digital token endorsed by federal development – Sango Coin will be the first cryptocurrency developed for a P2P exchange.

For context, Crypto Island poses as a vendor that tokenizes custom data to cryptocurrencies such as Bitcoins, Ethereum, Sango Coin, and other indigenous digital tokens. The CAR government is strongly supporting the Sango Coin development schemed as an intertwined beneficiary outcome that is expected to push other determinant factors of the economy.

The CAR government seems to be certain of the lucratively crypto markets as a financial instrument to bolster the growth of local fiat currency to a standard valuation by trading expensive bids against other foreign currencies. The CAR government is focused on developing the local crypto market accessible to individual traders. This is a biased financial scheme development backed with zero outlook resources for corporate indulgence but solely focused on financial inclusion for the republican population.

Although, international fiscal agencies such as the IMF disagree with the African Republic to debut its custom digital token – Sango Coin.

Still, the CAR is optimistic about developing the real-time economy via the digital economy – a force driven by the accessibility of cryptocurrencies to the entire CAR population. President Touadéra schemed this initiative as a seamless avenue for job creation to bolster the standard of wealth distribution and access to an affordable chargeable fee per user’s digital transaction.

Meanwhile, the IMF disputes CAR’s fiscal governance due to the untrusted obligation of CAR government policy on Sango Coin that will be bland to tackle irregularities tied with the illegal Sango Coin transaction.

The IMF adamantly disagrees with CAR’s Sango Coin debut due to the vague motive of development. Neither does this restrict the CAR government from developing the future of its viral local cryptocurrency?

The CAR presidency had to downplay the existence of real-time financial institutions as a significant tool that diminishes its fiat economy and now the digital economy powered by caching data to tokenize funds is deployed to sustain CAR’s fiat valuation. The future of CAR tells that its citizens’ digital identity will be a substitute to tokenize digital assets per users’ authentications synced with crypto platform verification policy.

The IMF portrays a pessimistic consent about the CAR debuting Sango Coin in fear of terrorism, money laundering, and other financial irregularities. The IMF is likely to develop policies to disrupt the free flow of Sango Coin and other related cryptocurrencies. Techbooky.africa shares sanguinity in line with CAR’s futuristic digital economy blooming enough to accommodate vast numbers of crypto-inclined developers posing as investors in CAR’s economy.