Umba continues to expand its business investment and operations across Africa. 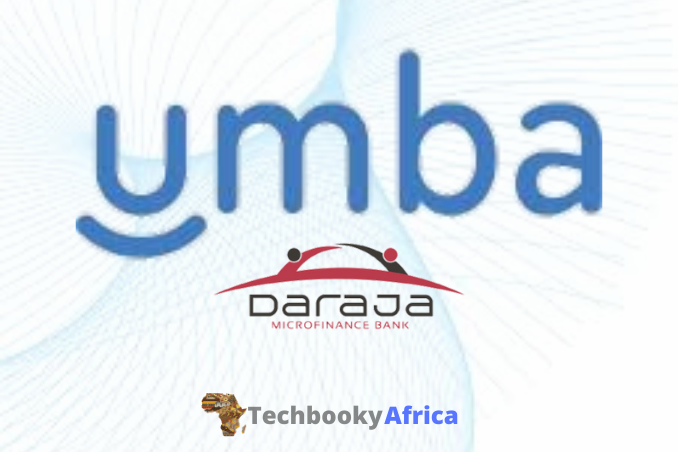 Umba, the African digital bank has reportedly crossed the threshold into the Kenyan FinTech marketplace as the FinTech startup company acquired Daraja Microfinance Bank – an indigenous microfinance bank based in Kenya. Umba officially declared Daraja as its subsidiary after the Kenyan apex bank regulatory system approved the acquisition deal that was succeeded by the sales of company shares in which Umba currently owns most of Daraja’s shares.

Although both Umba and the Kenyan deposit loan microfinance bank spurned to disclose the exact amount the FinTech startup placed a bid to complete the acquisition deal. Umba’s announcement about the Daraja acquisition revealed the FinTech company bought a significant amount of Daraja’s shares that the Central Bank of Kenya discerned to be valued at 70% above Daraja’s net worth.

Per Daraja’s consent to be sold out, the Kenyan Central Bank and its regulatory system intervention ensured the deal was fair enough to protect natives of its FinTech marketplace. Umba appealed to the Kenyan apex bank to regulate its acquisition proposal after the FinTech startup company secured the previous $15m Series A deal in April 2022. The CBK approval depicts that Umba’s corporate finances system is free of anomalies, unlike other FinTech companies the CBK scolded for defaulting on its policies.

Techbooky.africa points out that the Kenyan apex bank consented to approve the deal because they both possess intertwined business returns since Umba did not completely acquire Daraja’s shares. The CBK approved the deal believing that Umba FinTech will innovate its microfinance banking industry.

Umba has been keen on operating its FinTech services across the commercial crannies of Africa. After the secured $15m Series A deal was secured as Umba’s business capital, the FinTech company has settled to acquire Daraja in line with Umba’s scout report. Still, Umba is keen on entering more African markets by selling seamless FinTech services such as P2P transfer, remittance, cross-border payment, loans, traditional banking, and other seamless FinTech ops.

In contrast, Umba was launched in 2018 unlike its subsidiary company that launched in 2015, both financial service providers will continue to serve the African marketplace with seamless FinTech operations based on offering loans to leverage digital banking adoption in Africa.

Daraja MFB is currently dependent on Umba’s high-end technology inclined on finance management intended to accelerate its micro-banking operations in Kenya likewise its parent company’s FinTech operations in Kenya. Aside from the series A $15m deal, Daraja MFB is another investment rubric Umba stationed in Kenya. While the deal last as Daraja remains Umba’s subsidiary, the Kenyan financial institution will be innovated into a seamless microfinance bank in its host country.

The Umba subsidized Daraja MFB owning the staking of its company share percentage while exhibiting intertwined business relations including merging their respective customer base. Daraja’s microfinance system is developed to serve the Kenyan SMEs with offered loans while Umba needs to leverage the digital financial service gap in Kenya transforming Daraja MFB into a digitized loaner. Umba acquiring Daraja tends to innovate the entire Kenyan marketplace via Daraja’s microfinance operation.