His service at Safaricom is the shortest ever recorded. 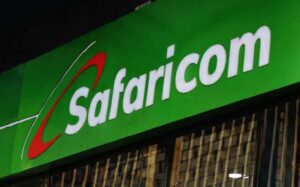 Safaricom has reportedly lost another chairperson on the board of its directors as John Ngumi signs his resignation from the Kenyan telecom company. Despite having a relative role in Safaricom’s CEO office, Ngumi was on board the Kenyan Airways league of directorship as its chairman and other top-notch companies respectively.

Ngumi is yet to clarify why he left the telecom company likewise Safaricom itself is keen on appointing or employing another candidate to occupy the office Ngumi emptied. Techbooky Africa suggests Safaricom will summon the retired Micheal Joseph — Safaricom recognized him for his long service and as a predecessor to several executive roles.

Ngumi leaves the telecom company without remorse for leaving the telecom stranded or generating revenue as promised due to global inflation and other flimsy reasons. Ngumi ditches his seat amidst Safaricom’s board of directors which certifies his nonchalant service. The outgoing Safaricom chairman has reportedly shirked his duty to represent the telecom company on a significant event such as Safaricom’s product or service launch event.

Ngumi previously made the news at the time when Safaricom launched 5G networks and commercialized its services in Ethiopia, Ngumi ditched the event without supporting the event via his corporate obligations. Safaricom 5G Ethiopian launch kicked off in July 2022 which was scheduled during his tenure as board chairman serving the telecom company.

John Ngumi served Safaricom for six months having recorded one appearance which was significant in line with the event status. Toward the end of November 2022, Safaricom held a briefing with its investors — Ngumi’s presence at the event was to leverage the telecom company’s revenue generation by acquiring additional business capital.

According to Ngumi’s portfolio, the banker has influenced East Africa via corporate investment acquisition and information in the regional finance marketplace. His 35-year finance management career influenced his gaining the chief seat amongst Safaricom’s directors. During his tenure as board chairman, he focused on acquiring investment to generate more business capital for Safaricom.

Ngumi will rather use his skills in financial management to serve the local aircraft company to leverage logistics and transportation innovation in East Africa. He has relentlessly followed the money despite ditching Safaricom after a short service taking over from Joseph as board chairman.

In Safaricom history, Ngumi makes a record with the shortest tenure holding an executive role. Meanwhile, Micheal Joseph and Nicholas Ng’ang’a are honorary for long-term service at the telecom company. Both of them retired at Safaricom holding the same role as board chairman serving different tenures. Safaricom is yet to address who is the next board chairman likewise Ngumi addressing why he left.