by Eni
in Startup, West Africa
0 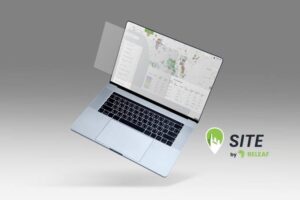 Releaf has reportedly completed its Pre-Series A funding round with $3.3 million led by Samurai Incubate Africa — a venture capitalist iterating its investment schemes with the industrial agricultural startup company. Releaf has decided the Pre-Series funds will be used to accelerate its start-up company development beyond its homegrown country, Nigeria, and across the continent.

Releaf is a start-up company focused on industrialising food processing, agricultural solutions, processing farm products to commercial or consumer goods in quality. As a consumer goods producer, the start-up company has applied several technology schemes to accomplish soluble feeding and industrial food processing. This explains why Releaf starts 2023 with millions of dollars to promote quality processed goods and distribution across Africa.

Releaf’s budgeted the $3.3m business capital for innovation — the agricultural start-up company set to deploy technological schemes to accelerate its industrial brand. According to Releaf, Kraken II and SITE will be integrated as the new scheme to accomplish its motives. For context, Kraken’s heavy-duty workforce will reduce Releaf’s workforce by %47, de-shelling palm nuts and other farm produce.

However, SITE serves as an open-source application that suggests an industrial company’s preferred localization. In terms of locating assets for food processing, SITE will Releaf the start-up company with lucrative geographic information mapped out to bolster revenue generation. SITE system is built to promote food security likewise using the business ecosystem to determine the optimal location for food harvesting and farm reinforcement.

“SITE and Kraken II are the next steps in our plan to fundamentally transform the efficiency of agricultural supply chains in Africa and we are excited to have partnered with an exceptional cohort of investors and collaborators to roll out these technologies. To make food supply chains profitable, we must maximize extraction yields with leading processing technology and minimize logistics costs by bringing processing capacity closer to farmers,” Releaf’s CEO Ikenna Nzewi said.

The $3.3m Pre-Series A funds Releaf raised will be efficient to leverage its farmlands and the factories processing its commercialized harvests. Deploying the SITE technology denotes that Releaf will have access to analytics on food security scaled by the likes of the International Institute of Tropical Agriculture (IITA), Foundation for Partnership Initiatives in the Niger Delta (PIND), and Rocky Mountain Institute (RMI).