Android app developers should be cautious about rigging the bot to compromise Play Store. 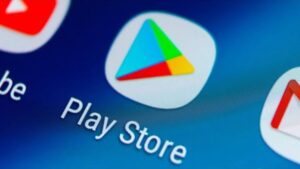 Hello world, recall the alarming announcement Google shared during the previous Google I/O tech event in 2022 about revamping its Play Store policy. Google continues to throw shades at the previous announcement that highlights the technology the Search giant intends to tackle bots, hackers guise as mere developers rigging their productivity, and other malicious activity on Play Store.

The search engine has developed overtime to a multinational tech company that has released several products and services inclined within its commercialized technology sphere. For context, Google is a licensed consumer-friendly open-source tool that has reportedly relieved users’ workspace and multitasking hectic workloads via Google’s list of enterprise apps, social apps, and other software.

The approach Google developed to detect and curb faux traffic by app developers on the app Store poses as an autonomous security platform dubbed Play Integrity API. This software will be integrated into the Play Store system to monitor each developer’s Analytic results to purge out active bots farm and faux app traffic. The outcome of Google’s app Store built-in system’s Play Integrity API is likely to impose severe repercussions on the developers’ profiles, and defaulters of Google’s Integrity policy.

After the 2022 Google I/O tech event that unveiled the promising security API for app developers, other tech practitioners called the announcement a bluff, until now. Google’s app store Integrity API coming into existence was announced last year which denotes that the search giant is yet to release the security system to Play with the Store’s users’ (developers’) activity.

At the time Google will release the Play Integrity API, developers will be mandated to support Google’s leading organized app traffic. Recall the previous significant Play Store policy that mandates every developer to draft a consumer-friendly app privacy policy to analyze how the developer network its app activity on Play Store.

Yet listing app privacy & policy approach did not satisfy Google’s security system to curb faux traffic and other malicious practices by app developers tweaking their software on the Play Store for incentives.

Google is yet to disclose the exact timing for Play Integrity API to be integrated with other existing security systems built in the Play Store community. By the time Google’s Integrity API comes to Play in the App Store, its responsiveness to compromise malicious developers’ profiles likewise retires other Play Store pre-existing security systems such as SafetyNet, privacy & policy listing. This allows developers to respect their users’ privacy and consent users to track it.

That awkward moment more app developers denounce the forthcoming SafetyNet rivalry and feign the Integrity API system keenness, Google will not hold back on the repercussions. This will trend another topic for discussion about the deletion of multiple malicious developers from the Google app Store.

Since Google’s SafetyNet is optimal for detecting data breaches and other cyber threats, app developers should note that Google app Store’s Integrity API is developed to identify the source of the app traffic. It is a no-brainer the Play Store API is a bot built to detect and magnet other bots and their farm expulsion.

The forthcoming security system Google sets to deploy in the Google app Store guise as an identification system to unmasked bots guise as human. Unlike robots or machines that replicate human behavior and iterate activities, bots are smarter to iterate patterned activities stealthily.

Bots are programmed technology in contrast to an average machine, yet bots are smarter. Bots are software machines that store a cache of their target information and exploit further zero-day system rig execution. Bots’ stealthiness will forever leave trails of random patterns to replicate real users’ behavior.

MAX Receives A $31M In Series B Round, To Push Its Expansion Scheme Across Africa, And Further Its EV Infrastructural Development.