by Eni
in East Africa
0 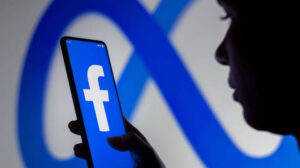 Sama makes the news by disclosing the in-house decision that comprises its corporate ties with Meta and its subsidiaries. Henceforth, Sama will no longer moderate content for Meta and its band of social media. The African content moderator’s notice also poses as a condition for Meta to adjust the terms of its regional services where Sama thrives.

Sama will endeavour to carry through with its intent to ditch Meta and its band of social media for shirking its conditions. Recall that the African content moderator’s termed conditions mandates Meta to modify its approach to moderating content, and fortify a conducive work environment for both Sama and Meta’s employees.

Sama’s beef with Meta sprung from Daniel Motaung’s lawsuit filed against Meta for disrupting the continent with the substandard social network. From South Africa, Motaung took his interest to the Kenyan regulators to scold Meta via legal proceedings. However, Motaung’s lawsuit denotes a rational African has the right to challenge the American tech company within Africa.

Motaung partisanship with the Kenyan regulatory system is optimal regardless of a limited operating real-time office in Kenya. The Kenyan high court has the jurisdiction to regulate Meta for a justified reason — find peace with knowing that Meta debuted a content hub named the Content Review Centre in Nairobi. As the name implies, Kenya is Meta’s African midpoint gathering information and content as a data center networking intelligence and applied moderation.

The South African regulatory system should have been summoned having the only existing headquarters Meta stationed in Africa. The South African jurisdiction is established for moderating Meta’s content.

Meta court case with the Kenyan regulators, filed by the South African to scold the white supremacists with a $2 billion lawsuit. Motaung’s orchestrated court case is a retaliatory scheme that penalizes Meta for increasing regional unemployment and other defaults. Recall Meta recently fired several of its employees operating in East Africa. This clarifies why Kenyan regulators are eager to use their jurisdiction to overrule the American tech company via civil penalty.

Facebook lawsuit indulges its parent company to unction the lawsuit’s billion dollars civil penalty endorsed by the Kenyan high court. The lawsuit has Sama entangled in moderating Meta’s content per integrated platforms. However, Sama’s narcissistic consent to bail out from serving Meta and its band of social media within Africa does not evade the African content moderator from the lawsuit’s wrath.

For context, the Kenyan regulators will apply its policies on the sued, leading to separate court hearings. The Kenyan regulator policy is likely to exclude Sama from Meta’s entitled billion dollars lawsuit. Still, Sama is yet to be discharged and acquitted from the lawsuit Meta rubbed off on the African content moderator.

Kenyan high court files Motaung’s lawsuit, suing Meta for mere reasons such as the alleged unconducive work environment as well as unmoderated graphic violence, hate speech, child abuse, and misinformation on trending on Meta social networks among other ill contents. The Kenyan regulations are likely to be mild on Sama during its legal proceedings. There is a %47 chance the court verdict will align with Sama pleading victim, while Meta remains a policy defaulter.

It becomes less intriguing as the sensation to scold Facebook parents perceives a nepotistic cologne reeking from the Africans including Sama, the Kenyan regulatory system, and Motaung (the lawsuit orchestrator). It is a no-brainer these Africans have subconsciously collided to regulate white supremacists posing as foreign companies or angel investors seeking available prey to leech.

However, Motaung captioned the charges he filed against Meta based on the American tech company’s terms of service. The Kenyan regulatory system and its high court authority vested in Motaung attest to his lawsuit filed for Meta’s atonement. Motaung’s demands are focused on Meta’s partisanship to retrofit innovative high-end technology in Africa’s digital ecosystem.

The South African race shirking lawsuits authorized by the Kenyan regulatory system steers towards legislating foreign companies humility operating within Africa such as Meta and its band of social media. Meta’s lawsuit mandates the tech giant to endorse more investment in Africa serving as business capital to other beneficiaries. Meta is also obliged to dish out cash incentives for victims’ consolation on experiencing flawed contents.