JPMorgan’s sue its subsidiary FinTech for fraud and misconduct 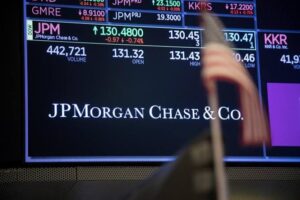 JPMorgan Chase headlines the news for filing a lawsuit against Frank its subsidiary FinTech, for alleged fraud and victimizing JPMC. According to JPMorgan’s allegations on its subsidiary FinTech startup company, the lawsuit indictment of Frank and its previous CEO Charlie Javice for instigating the fraudulent customer data. For context, Frank Enticed JP Morgan Chase with millions of fake customers to complete the $175m acquisition deal.

Corporate affairs will be successful when transparency is observed which denotes trustworthiness cannot be forged but earned. Just as getting stuck in a closet cannot soundproof the elephant’s trumpet, JPMorgan discovered the FinTech company is a Ponzi startup built on lies to attract investors. Javice lied about Frank’s status quo to be equal terms with JPMC’s billion dollars worth of financial investment.

It is almost a decade since Javice debuted the FinTech startup company as an education enthusiast who leverages financial inclusion for applicants. Securing financial inclusion for younger scholars is enough for Frank to bait its prey. This explains how and why JPMC got lured to invest in a $175 million acquisition with the belief parenting its subsidiary FinTech millions of users is worth the purchase.

According to Frank’s parent lawsuit filing, “Javice first pushed back on JPMC’s request, arguing that she could not share her customer list due to privacy concerns. After JPMC insisted, Javice chose to invent several million Frank customer accounts out of whole cloth.”

Despite all the allegations filed in the lawsuit, Frank claims otherwise swearing on its FinTech license claiming to operate a legitimate business granting financial inclusion to more than four million applicants. The pictured FinTech credibility Javice Photoshopped has reportedly been a successful bait to have secured more investment than JPMC investment offering. The likes of Gingerbread Capital, Marc Rowan, Aleph, Reach Capital, and other top-notch investors.

“After JPMC rushed to acquire Charlie’s rocketship business, JPMC realized they couldn’t work around existing student privacy laws, committed misconduct and then tried to retract the deal,” Javice’s lawyer, Alex Spiro, said “Charlie blew the whistle and then sued. JPMC’s newest suit is nothing but a cover.”

JPMorgan distrust for Frank grows fondly which started before the acquisition was completed. The terms of the acquisition were not published to determine JPMC authority to access its subsidiary operations and customers’ activity. Javice kept Frank users’ data and privacy confidential — the JPMorgan lawsuit complained against Frank hoarding information and misconduct.

Javice responded to JPMorgan complaints filing her complaints against Frank parent with claims her banker flagged a red notice on her business. Her banker opened an investigation which influenced her resignation as Frank CEO. Regardless of Javice excuse, JPMorgan keenness on parenting Frank personally, his influence removed Javice from JPMC restitution payroll.

Frank’s CEO responded to this lawsuit and filed her complaints about “Chase grossly mismanaged investment from the start, and it decided it would rather walk the investment back than work on it further.”