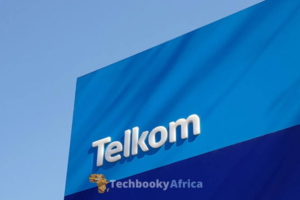 Telkom has reportedly declined Rain Group’s chances of further flirtation with a possible merger which makes the South African stock exchange market competitive. The telecom service providers bidding to buy out Telkom has influenced the e-commerce ICT company to experience an 11% share increase during the previous business year.

The merger proposal initiated by Rain to merge its mobile data-only network service and Telkom’s e-commerce ICT service to thrive in the South African stock market and beyond the African technology marketplace. Meanwhile, Telkom lured Rain Group into announcing its merger proffer to shy off MTN Group’s bidding to acquire its e-commerce ICT service.

Despite all the broadband solutions Telkom sells, other technology companies are under its subsidiary canopy which denotes the e-commerce ICT provider cannot settle for a merger bid with a single network provider. Neither does Telkom intend to be acquired by another giant telecom service provider like itself?

It is a no-brainer Telkom terminated its merger bid with the mobile data-only network provider after negotiating for over a year. Yet both parties signed a memorandum of understanding to avoid intense reaction or regulatory complications. For context, Rain Group could decide to file a suit against Telkom for shirking its merger proposal.

Conducting business is inclined with the chess board tactics or approach to victory — MTN’s multinational nature is likely to continue negotiating an acquisition deal. Recall MTN initially retract the deal after discovering Telkom’s promiscuity with Rain Group. The multinational telecom provider could also ditch the e-commerce ICT service for a bigger fish in the industry.

For context, other giant telecom service providers thrive in the South African market including, Etisalat, Telkom’s formerly owned Openserve, Vodacom Group, and its subsidiaries (Vodafone Group and Vodacom South Africa). The listed telecom service providers are currently selling 5G networks to their customers including MTN. Therefore a buyout between these companies will be massively domineering in Africa.