by Eni
in Service
0 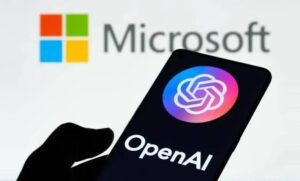 Microsoft has announced its consideration to acquire OpenAI or its flagship software, a bot called ChatGPT encoded with artificial intelligence to ease its users’ workload. The ChatGPT bot system has reportedly stirred the internet with its capability to process accurate results — especially solving complex queries.

Microsoft intends to integrate ChatGPT’s artificial intelligence with the Azure cloud system. Just as the giant software company is negotiating to complete the buyout terms or any possible form of owning OpenAI’s bot, Microsoft developers are also available to engineer the artificial intelligence system to a custom Azure cloud system. The technology integration will enhance the Azure cloud service that runs and administers applications and software via its AI bot.

Despite the recent limelight OpenAI and its flagship AI bot system have accomplished, Microsoft continues negotiations with OpenAI on how to expand the Azure OpenAI Service. Two years ago, when Microsoft pitched the proposal, the software giant was reluctant to invest more in the ChatGPT system and accelerate intelligence growth.

At the time, OpenAI and its ChatGPT flagship product were dependent on Microsoft’s high-end resources and brand influence.

Ever since Azure OpenAI debuted in 2021, it is yet to go further with expanding regional service operations and receive debugged tweaks or security updates from either Microsoft or OpenAI. While OpenAI becomes Microsoft’s software/tech company, the bot artificial intelligence features will be made accessible on the Azure cloud system. Without possible tech compromise, ChatGPT resources pose as a high-end technology leading Azure into its next developmental phase.

Microsoft’s two-year-old plots to overshadow the AI developer stealthily have reportedly been altered as reality sets to redirect the table of life in ChatGPT and its creator’s favour. For context, the software giant will have to increase its offers to own OpenAI and its flagship service, or else another tech giant provider will take off where Microsoft snoozed to own the bot AI system.

Microsoft seems confident negotiating with OpenAI, in terms of revealing its business plans to expand Azure’s operations which makes its customer base unlimited. Azure cloud service will grow wings to rival other cloud service providers such as Amazon Web Service, Google’s Drive, Apple’s iCloud, and others. These tech companies already have AI systems built into their platforms. Still, Microsoft is on the verge to get hold of artificial intelligence to be more proactive than a bot.

Microsoft and OpenAI will continue to acknowledge their corporate partnership, regardless of the investment negotiation to innovate ChatGPT’s AI bot system fused with the Azure cloud. Recall the partnership was confirmed by the software giant company and OpenAI’s consent to rebrand its cloud service solutions as Azure OpenAI Services.

However, the software giant consent about its partner flagship product is keen on disbursing investments to accelerate its Azure OpenAI Services development. Microsoft is willing to grant a $10 billion investment fund to aid ChatGPT resources. This fund isn’t conditioned by the software giant in terms of recalling the billion dollars partnership they consigned.

ChatGPT has millions of users depending on its information bank to sort queries, while other users have reportedly used the AI bot wrongfully which questions its credibility and other viral reactions. These factors have influenced global recognition of the Ai bot system. Microsoft’s intervention denoted its intention to apply its cybersecurity network approach to privatize the AI bot system from bad actors in line with its service policy.

The $10 billion the software giant offered to invest in ChatGPT’s innovation has the AI bot experiencing progressive results relating to additional business capital. OpenAI’s ChatGPT is currently valued at roughly $30 billion in net capital. Still, Microsoft’s generous investment offering does not denote that its pre-existing in-house Ai and virtual assistant, Cortana, will be abandoned. For context, the ChatGPT AI bot is integrated with Azure alone — Microsoft’s Azure OpenAI Services is here to cloud users.