by Eni
in Funding
0 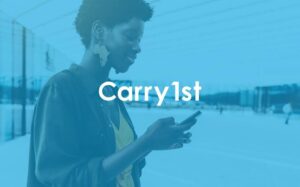 Carry1st makes the list of African startups to secure investment and further innovation and brand development across the continent. Carry1st pre-Series B round secured $27 million to accelerate the game development business past its current startup phase.

Carry1st has been consistent with the startup company having developed games, publish games, and licensed games from its homegrown country, South Africa. Since its 2018 debut, the South African startup gamer has reportedly enticed the continent to interact with social games.

The million dollars pre-Series B round the startup gamer completed will publish, develop and license more interesting content and indulge a social Africa to access its monetization-as-a-service subdivision, Pay1st. The game monetization subdivision will aid Carry1st with networking its customers’ funds without third-party FinTech providers.

The South African startup gamer has broad gaming solutions as a service that looks beyond acting like a proper entity with adequate business capital. For context, Carry1st has its League of developers obliged to develop and publish new gaming content branded by the South African.

Licensing games developed by third-party game studios could be branded by the creator or Carry1st acquires the customer’s content. However, the startup gamer allows its customers to seamlessly monetize their content via Pay1st — even at the expense of denying Carry1st customer acquisition requests.

Recall the viral PC game dubbed League of Legends that kept Africans active gamers in 2022 was developed by Carry1st and Riot Games. The massive user base playing League of Legends globally influenced the game developers to consent to a partnership. The Riot Games deal channeled Pay1st’s network, to monetize other third-party content.