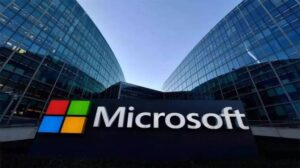 Microsoft reported a retrenchment notice to minimize its corporate workforce on selected roles which is likely to affect other international employees. The massive layoff will affect hundreds of thousands of employees engineering the software business and other human resources-related employees.

The US software giant intends to execute its retrenchment scheme on its domestic market and then stretch across the global market where Microsoft operates. More than two hundred thousand employees are scared to lose their jobs without being able to identify who the software giant drafted to be laid off when the time is right.

Microsoft retrenched employees agenda is influenced by the global economic crisis.  This adds an additional unemployment traffic to the economy to regress revenue generation.

The global technology marketplace is dominated by the US tech companies running conglomerated services. Microsoft is added to the list of US tech companies to lay off its massive workforce, including Meta and Amazon. Meta’s retrenchment scheme was the latest to go viral, and now Microsoft joins the train.

Microsoft does not seem to retract its intent to lay off a massive employee workforce likewise executing futuristic plans to let more employees off its payroll. It is a no-brainer that Microsoft’s massive retrenchment is releasing its liabilities. The current employees at Microsoft are likely to have nothing new to offer the software company, while the next recruitment exercise will stabilize its technology innovation genesis.

Still, Microsoft’s next recruitment exercise will not employ half the number of the retrenched staff. The software company has 221,000 employees worldwide awaiting a sack letter. The current economic turmoil has influenced the software giant to be economical with managing its expensive workforce.