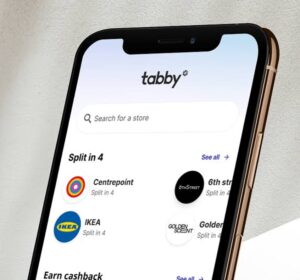 Although Sequoia Capital led Tabby’s fundraising session that influenced other venture capitalists to offer investments such as PayPal Ventures, Endeavor Catalyst, Mubadala Investment Capital, and many more. Still, PayPal partisanship is recognized due to its FinTech giant status quo recognizable to the globe

According to Tabby’s report, the $58m will aid the BNPL startup to provide more customers within the MENA region where its services operate to access more financial inclusion via its e-commerce solutions. Tabby debuted in the MENA region by Hosam Arab in 2019 and has been selling its BNPL to generate revenue.

Tabby focused on the capital aspect of running its BNPL services to get acquired by another Middle Eastern real estate company. While the e-commerce solutions have helped gained additional business capital, the $58m has reportedly bolstered the Tabby’s to own a $660m net capital.

By next year, Tabby will be a unicorn e-commerce startup — “with buy now, pay later, our view and hypothesis were that, in addition to the well-known benefits of buy now, pay later, we also provide an alternative for consumers to pay online digitally. And if we’re able to do that, that becomes a very interesting solution for the retailers of this market.”

Tabby’s BNPL e-commerce solutions have influenced the MENA region populace to be less dependent on cash-based transactions with millions of active shoppers. The $58m Tabby got funded was to continue its influence on a larger scheme. The e-commerce startup records more than three thousand customers dealing with its BNPL services.

In 2022, the MENA region had the most financially inclusive sessions with $50m raised to accelerate its BNPL services past its startup phase. The plan was successful having seen the millions of customers patronizing its services to gain less dependence on cash-based business policy.

At the time, the BNPL e-commerce startup was worth $300m, and the current business capital BNPL boost is nearly a billion dollars net capital reserved for business. Still, Tabby is keen on penetrating the underserved MENA region with BNPL services including, Egypt, Saudi Arabia, UAE, etc. Tabby is likely to consider an expansion scheme across the continent after developing standard BNPL services in the MENA region.