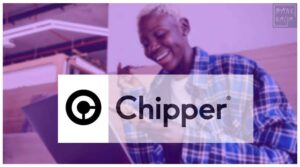 Chipper Cash’s license to operate value-added money transfer solutions in Malawi commenced on December 23, 2022. The FinTech company announces the East African expansion as a 2023 development. The FinTech start-up Vice President of Global Developer Relations, Wiza Jalakasi reported the development via a shared tweet celebrating Chipper’s victory that is likely to mean nothing in line with his caption.

According to Jalakasi’s tweet that displays the Malawian FinTech agency’s approval referencing its constitution sections via the Communications Act 2016. “A license is hereby granted to Chipper Payment Services Limited (“the Licenses”) in respect to the provision of Application Services to provide money transfer Value Added Services with effect from the Effective Date.”

Jalakasi’s tweet is only a copy of the MACRA’s documentation. “This Licence is issued subject to the terms and conditions hereto, and to any other terms and conditions and promises of performance that may from time to time be incorporated herein under the Communications Act and the Regulations thereto Failure to comply with any term and condition may lead to suspension or revocation of this Licence.”

The MACRA’s license is optimal for Chipper Cash to get settled in East Africa likewise preparing further expansion without further complications. The local regulatory system will be mild on the Pan-African cross-border FinTech start-up on conditions that breaches MACRA’s policy. Breaching the Malawian regulatory policy does not evade Chipper Cash from policy scolds.

Aside from Jalakasi’s tweet celebrating the FinTech company’s entry into the Malawian market, Chipper Cash is yet to report an official report about the MACRA-issued license. This is a big update coming from the FinTech unicorn that is currently worth more than $2 billion, expanding beyond its home-grown country.

The previous significant update the FinTech unicorn publishes was focused on the number of workforces laid off to economize its business expenditures. Then again, Chipper Cash reported raising $150 million that hyped its entity valuation to a unicorn FinTech. The cryptocurrency company FTX contributed generously and also influenced the to cross the continental border down to Malawi.