Google’s Alphabet Inc will lay off 12,000 employees and reduce the workforce. 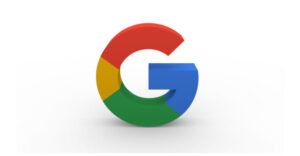 Google’s parent Alphabet Inc announcement has added the tech giant to the list of companies to retrench employees bearing the effect of the global economic turmoil. Alphabet reports laying off 6% of its global workforce which is equivalent to retrenching 12,000 employees serving the tech giant globally.

Alphabet CEO, Sundar Pichai’s announcement revealed that employee retrenchment is focused on reducing its workers’ headcount expenditure to minimize accounting for labour. Pichai’s announcement is not contradictory to the inevitable massive unemployment released to the labour market since the money market yields unfavourable returns.

Aside from being added to the list of tech companies retrenching their workers, Pichai’s indulgence in employee retrenchment is focused on relieving its hefty corporate expenditure influenced by the previous pandemic. For context, the world’s real-time activities transitioned to a seamless pattern to execute relatable workloads.

This also hiked the demand for digital services which geared Alphabet Inc to expand its services rapidly during the pandemic and the post-pandemic seasons. Now, Google’s parent company retrenchment scheme sets to refocus corporate goals to innovate its products and services with high-end technology such as developing the AI system with

During the post-pandemic season, Alphabet Inc boasted 150,000 global employees which added thirty thousand employees as of last year. Now, Google’s parent is keen on axing 6% of its global workforce per the latest development from the tech giant. The jobs lay off with definitely affect Alphabet’s in-house departmental functions as well as regional product service operations on its flagship and other products services.

According to Pichai’s announcement, Alphabet will commence laying off its workers from its homegrown country, the USA, and continue regional employee retrenchment. The time frame for retrenching Alphabet employees will be lengthy due to the acknowledgment of other regional regulatory affairs.