5G in Nigeria by Mafab. 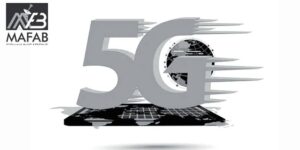 Today, Mafab Communications debuts its official logo that sells its 5G cellular data services which denotes the telecom is keen on rolling out the fifth generation internet connectivity in Nigeria. The telecom company is unveiling its brand by hosting a corporate event in the Federal Capital Territory, Abuja, and Lagos State.

The event unveiling the Mafab brand is scheduled on two different occasions with a high-priority invitation system.

Mafab got permitted to utilize its 5G network license and its installation plan after MTN Nigeria got settled about its 5G broadband installation in Nigeria. Bashir’s comments about his company’s optimism to debut in Nigeria before the NCC deadline made the news headlines.

Mafab has reportedly declined several investors’ offerings and other enticing offers to indulge in the 5G cellular data solutions. “We are fully committed to bringing the benefits of 5G services to Nigerians and deploying a network that will drive economic development with increased broadband capabilities nationwide,” Bashir said his company intends to pioneer the entire cellular data network without third-party investors.

Mafab in acquiring a cellular network service license is influenced by the commission’s consent to promote local technology development which clarifies why the cellular data provider declined investors’ offerings. MTN Nigeria represents a close counterpart to compete with Mafab in terms of accelerated high-technology innovation.

Still, the cellular data provider triumphed with its debut today and its futuristic innovation — Mafab will be competing with the like of MTN Nigeria, Airtel, Starlink, Glo, and other telecom companies. The Mafab debut event kicks off today in Abuja while the next event kicks off in Lagos. The event features an official invitation.