Spotify Technology is next in line to lay off its employees. 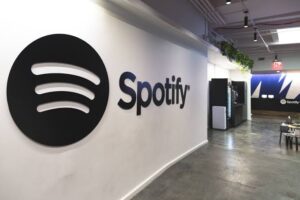 Spotify reports its keenness to lay off its employees as soon as the week runs out. The audio streaming platform is focused on minimizing corporate expenditure per its employees’ headcount in line with the bearish economy standard. Spotify Technology joins other tech giants such as Meta, Microsoft, Amazon, and Gooogle’s Parent which recently retrenched 6% of its workforce for the same reason.

This update is a follow-up from the audio streaming platform retrenchment scheme that laid off thirty-eight employees on its subsidiary podcast streaming platforms such as Gimlet Media and Parcast studios. The previous Spotify layoff was recorded in October 2022 based on specific positions occupying its podcast studios — the latest retrenchment report by Spotify does not reveal the positions that will be laid off.

It is a no-brainer that an average technology company added multiple workloads during the pandemic due to the hiked demands of digital services.

In contrast, other tech companies that reportedly added workloads to their debut services have revealed a promising level of retrenchment. The likes of Microsoft, Meta, Alphabet, and Amazon reported sacking more than 10,000 employees which is more than Spotify’s entire workforce. Still, the audio streamer did not disclose the number of workers that will be laid off this week

Spotify’s billion dollars podcast investment featured top-notch programs hosted on the audio streaming platform such as The Joe Rogan Experience and Armchair Expert. Spotify investors have questioned their ROI having experienced up to 66% in Shares. The audio streaming platform CEO, Daniel Ek, said massive ROI will be experienced before 2025 but declined to comment on its retrenchment notice.