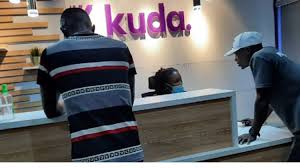 Kuda Bank has reportedly gained a license to penetrate the Middle East coast from the State Bank of Pakistan (SBP). Kuda Bank Pakistan will serve the Pakistani population with digital banking via its neo-banking resources licensed as KT Bank. The brand name diversification is in line with the Pakistani regulatory system to identify the various digital bankers selling conglomerate digital services.

According to the SBP, Kuda Bank is one of the banks that got its license among other banks including Easy Paisa DB, Hugo Bank, Mashreq Bank, Raqami, and KT Bank. The SBP is keen on driving financial inclusion in Pakistan which explains why multiple banks have been licensed at a time. Since the Pakistani financial bill was passed in 2020, only 21% of the Pakistani population is included financially, yet the local regulatory compliance with foreign investors syncs with provisional finance resources.

Kuda Bank’s presence in the Pakistani financial system will drive internet and smartphone penetration into the commercial market. Kuda Bank also known as KT Bank of Pakistan is not optimal to contradict its government policies, but rather aids the government policies to protect against excluded financial providers.

According to the SBP demands, the newly five approved financiers are mandated to incorporate their services into the inland Securities and Exchange Commission as an incorporated public limited company. There are the only termed conditions that permit the Kuda Bank or KT Bank and its counterpart to be fully operational within the Pakistani region.

The SBP policy mandating its businesses posing as financial providers to be incorporated is a solid channel to control the partisans running inclusive finance management. Kuda Bank CEO, Babs Ogundeyi confirmed his start-up company expansion outside Nigeria to Pakistan. Ogundeyi also reported neo-bank has penetrated Europe starting with England where more Africans have a dominant population.

Kuda Bank in Europe depicts a one-stop-shop for Africans in the diaspora to access a relatable financial gateway to transfer and network funds. Still, the Pakistani move as KT Bank should be clarified by either Ogundeyi or Kuda Bank itself since fewer Africans are existing in the Middle East. Still, the neo-banker is keen on disrupting the Pakistani population with seamless banking.